Biology experts at Max Planck Institute MPI of Immunobiology and Epigenetics collaborated recently with various universities to study how hematopoietic stem cells, also known as HSC, take advantage of the RNA molecules from junk DNA in the human genome. Together with colleagues from the University of Oxford, Freiburg, and Lyon, in partnership with St Jude Children's hospital, MPI discovered junk RNA enhancement after undergoing chemotherapy. 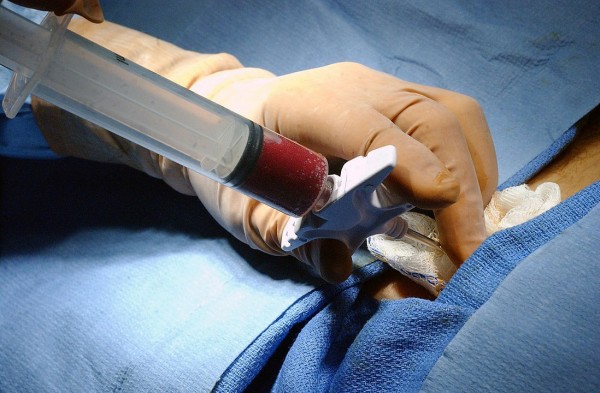 Chemotherapy is a treatment commonly prescribed to patients that are diagnosed with cancer. The number of cancer cells is dividing out of control in a patient's body, but through chemotherapy, strong agents will be used to target the biochemical processes. In the process, chemotherapy either lessens or disintegrates specific cells to stop the growth of the disease.

Chemotherapy treatment has another function aside from cell-damaging ability. The treatment also affects cycling blood cells. It allows the hematopoietic system cells located in the bone marrow to manufacture new, fresh cells, and replenishing the various blood cells with different functions in our body. This happens when chemotherapy pressures the hematopoietic system to work under strict conditions and putting it under heavy stress, reports TheHealthGuild.

Hematopoietic stem cells are not only the most important part of the hematopoietic system. HSCs are also crucial in generating blood cells, including immune cells. HSCs are normally dormant on the bone marrow. Its main function is to preserve itself for the right moment to renew itself and other stem cells. But HSC wakes up once a chemotherapy treatment occurs. The treatment seemingly forces HSC to do its cycling job abruptly.

Inflammatory signals from chemotherapy are among the suspected triggers of HSC forced labor, but there is no evidence yet as to what factor is behind the awakening of HSC during the treatment, said MPI of Immunobiology and Epigenetics expert and author of the study Eiriini Trompouki.

How RNA Works to Stop Cancer

The scientists discovered some of the RNA molecules are transcribed in HSCs after a body undergoes chemotherapy treatment. These RNAs originate from both active and inactive junks of pathogens, also known as transposable elements. The transposable elements usually include bacteria and viruses that have been developed in the human genome throughout the million years of evolution. These genetic materials, also known as junk DNA, make up one-third of the human genome but do not provide beneficial functions, ScienceDaily reports.

The correlation of RNA and chemotherapy allowed experts to examine the possibility of the connection in transposable element RNA and the mysterious inflammatory signals that occur after chemotherapy. The ability of the HSCs to induce inflammation through its receptors works directly for immune cells and viral RNA, but there was no development before on the receptors binding the transposable element, or junk RNA.

The study published in the journal Nature Cell Biology entitled "Chemotherapy-induced transposable elements activate MDA5 to enhance hematopoietic regeneration" suggests that the immune receptors, also known as MDA5, can potentially bind with the transposable element RNAs and trigger an inflammatory reaction. Based on the study, this reaction will gradually wake up sleeping HSCs and make them multiply. The study concludes that the junk RNAs could help to induce the blood regeneration process after chemotherapy, resulting in an efficient, safer cancer treatment.