A study between Russian and American researchers revealed how specific genetic markers can help predict the composition of sunflower oil.

Researchers from the Skolkovo Institute of Science and Technology (Skoltech) and the University of Southern California conducted genetic analysis on a Russian sunflower collection and made the discovery. The findings from this effort is expected to help guide agriculture by predicting which specific crops yield which kind of oil-based on its genetic profile alone.

Their methods and findings appear in the research article "Genotyping and lipid profiling of 601 cultivated sunflower lines reveals novel genetic determinants of oil fatty acid content," published in the July issue of the BMC Genomics journal. 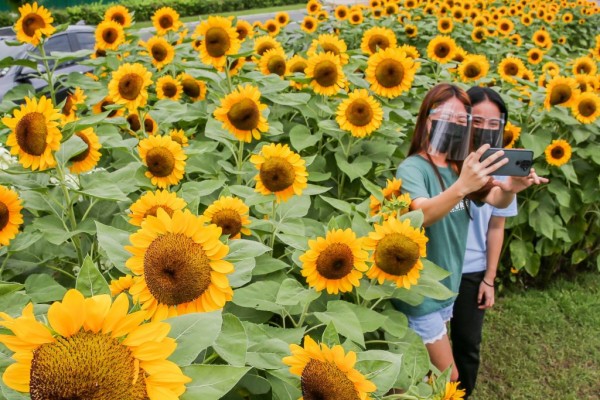 Genomic selection has been the focus of a significant body of research over the past decade, mainly due to its far-reaching applications in the field of agriculture. Through this method, new crop varieties and new breeding programs are being created. Additionally, as noted in a 2016 review article in the journal Frontiers in Genetics, the emerging technology also creates opportunities to increase the overall genetic gain of complex, and sometimes rare, traits against time and cost. Genomic selection involves DNA sequencing and genotyping to find genetic markers of interest.

"Our work is the first large-scale study of the Russian sunflower genetic collection and one of the first attempts to create new varieties using genomic selection," explains Alina Chernova, lead author of the study from Skoltech, in a news release. She additionally shares that the ability to predict what a plant would be like before actually planting it is growing to be the norm in several countries, thanks to technology.

"Classical breeding can hardly cope with the challenges posed by the global climate change, growing human needs, and evolving food quality requirements. To get a head start, we should turn to genetics," Chernova adds.

The new study is a long-term research project carried out by Skoltech professor Philipp Khaitovich together with collaborators from the University of Southern California, the avilov All-Russian Institute of Plant Genetic Resources, and Pustovoit All-Russian Research Institute of Oil Crops, and breeders from Agroplasma - an industrial plant breeding and nutrition company.

Researchers examined sunflower species from two Russian gene banks as well as those from Agroplasma collections. Covering some 601 lines of cultivated sunflower to find genetic markers, they also examined diversity against the global collection. Researchers also compared the results of chemical tests conducted on the sunflower oil produced by these lines. After gathering the data, researchers found specific genetic markers that help determine the fatty acid content from the resulting sunflower oil.

Study co-author and Skoltech Ph.D. student Rim Gubaev explain that their choice of sunflower was due to the significance of its vegetable fats and that Russia is currently the world's leading supplier of sunflower oil. By finding which sunflower strains produce which type of sunflower oil, they can better identify which of these plants are suitable for specific applications.

RELATED ARTICLE: Can Genes Predict Which Animals Will Survive and Adapt to Climate Change?