Farm robots had been a topic for several literature pieces and pop culture. The concept of the farm robots' existence in the world of science fiction usually falls down into two extremities for the agricultural system and its influence on our planet's environment. 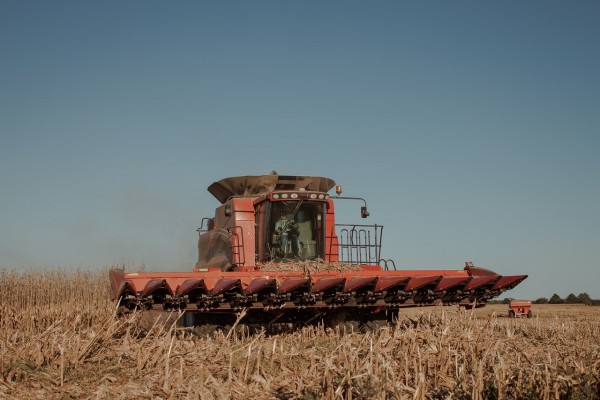 Hans-Ruthenberg-Institute of Agricultural Science in the Tropics and the University of Hohenheim economist and agricultural development strategy expert Thomas Daum argues that the potential results of farm robots are separated into two extreme impacts: a utopia or a dystopia. In the utopian form, farm robots come in an intelligent fleet of small animals, one with nature as they produce diverse and organic crops. On the other hand, farm robots can ignite dystopia, where the animals are large, destructive animal machines that inflict harm to the ecological structure by using heavy gears and toxic chemicals.

Daum said that the utopian case includes flourishing plants, a vast amount of green fields, and bodies of water gently flowing, along with the buzz of the bees and the chirps of the birds. The farm robots in the utopian scene are powered by a sustainable energy source scattered across the peaceful fields. Daum compared the utopian structure relative to the garden of Eden and said that small robots in this scenario conserve biodiversity and fight our changing climate with methods that were never been used before, reports PhysOrg.

Robot Farming in Utopia and Dystopia

The utopian scene, according to Daum, will likely be beneficial to the environment in a lot of ways. Even though the utopian structure requires an intensive workforce and hard labor, the paradise will still use conventional farming through the farm robots up and running every day. The botanical system in this positivity-infused scenario is abundant in various types of plants, with soils rich in minerals and yielding crops. In addition, robot farming will significantly reduce the footprint of the overall ecological paradise, EurekAlert reports.

The dystopian scene, on the flips side, brings doom to the future of the environment. Daum said that the destruction of our ecology through farm robots could also happen. He explains that in this parallel future, the animals come in large sizes equipped with heavy machinery. The technologically crude farm robots would most likely find their fun scraping the natural land terrains. Throughout the dystopian model, species, humans, and farms are separated by large fences that isolate them. Artificial compounds are also used heavily in this situation, harming the ecosystem.

Daum said that the predictive models of the utopia and dystopia extremities might not even happen in the future. He implies that by creating the concept, questions and arguments about the future of farm robots will arise. In the study published in the journal Trends in Ecology & Evolution entitled "Farm robots: ecological utopia or dystopia?", Daum suggests that both the ecological future and impending disasters from the farm robots are possible in terms of technological interpretation. However, dystopia may take control if certain guidelines are not strictly followed and discussions are not ignited today.

RELATED ARTICLE: Nearly 31% of Global Farmland Is at 'High Risk' of Pesticide Pollution

Check out more news and information on Agriculture in Science Times.