Northrop Grumman won a $935 million contract that includes integrating the said module to the propulsion and power equipment that Maxar Technologies initially provided. 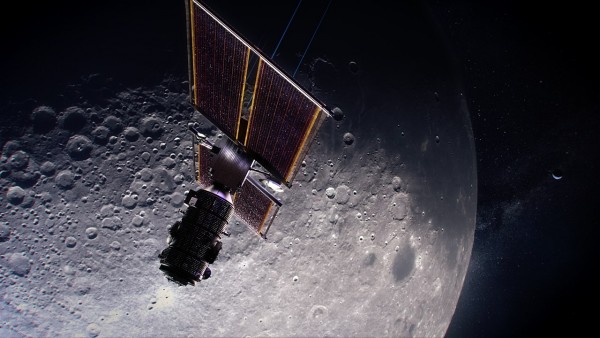 HALO will serve as a lunar module that will include a pod for the crew and a separate hub with three docking ports for visiting vessels. HALO won't be as big as some of the largest space outposts, but it will have a very detailed design inspired by Northrop Grumman's own freighter Cygnus that was previously used as cargo to deliver pieces of equipment to the International Space Station. Although not as big as the ISS, HALO will be spacious enough to fit the crew members and allow them to move around for observation purposes, reports Reuters.

The HALO lunar outpost will also include an attachment ready for any additional modules if an expansion is needed. Among the expected expansion modules that will soon attach to HALO is the International Habitation Module, set for launch in 2026.

HALO will also assist separate missions of NASA, including the Orion and various lunar landers and cargo ships. The space agency initially awarded Northrop Grumman a $187 million contract to build a single module of HALO and described its appearance as similar to a small studio apartment.

HALO will undergo a comprehensive design inspection that will be conducted in 2022. Once reviewed and ready to hover around the moon, HALO will be accompanied by SpaceX's Falcon Heavy rocket on its launch. Northrop Grumman is expected to complete the HALO outpost by 2024, launched late in the year.

NASA's target date for our return to the moon is 2024, but due to additional efforts and unwanted delays, the space agency decided to conduct its own space crafts. To ensure that the moon landing will be right on the date, NASA developed their own rockets and crafts, including the Space Launch System or SLS and the Interim Cryogenic Propulsion Stage ICPS. NASA's ICPS will support the lift of the unmanned Orion spacecraft, through its RL10 single-engine, on the way to the moon from the Space Launch System, reports The Register.

HALO is a part of the Artemis 1 program that will conduct observation and serve as a gateway for other lunar vessels. Artemis 1's main objective is to revisit establish an outpost for purposive studies on our moon.

Northrop Grumman's deal with NASA includes attaching and testing the integrated module to the Power and Propulsion Element, also known as PPE, courtesy of Maxar Technologies. The private agency will oversee the progress of HALO, from integration with the PPE, launch testings, preparation with SpaceX, and other services that will be needed by the module throughout its development and up until the first flight of the module to the lunar orbit, reports Space Watch.

Check out more news and information on NASA on Science Times.