An international collaboration of archaeologists and geneticists examined the remains of a 1,600-year-old sheep mummy from Chehrābād in Zanjian Province, revealing important details about ancient Iran and the effect of natural mummification processes.

The impressive natural mummy clued the researchers in about the animal husbandry practices of the Near East region at the time, as well as the effects of natural mummification on the preservation and degradation of DNA samples.

Details of the Chehrābād sheep mummy appears in the report "Exceptional ancient DNA preservation and fibre remains of a Sasanian saltmine sheep mummy in Chehrābād, Iran," published in the latest Biology Letters. 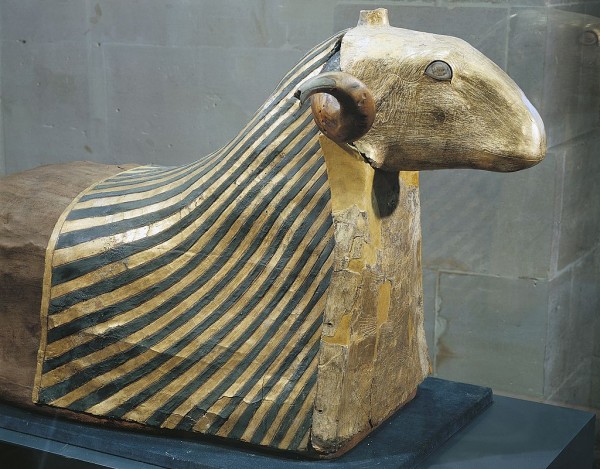 ALSO READ: 2,500-Year-Old Mural is the Earliest Record of Salt as a Commodity Among Mayans

Finding Remains from a Saltmine in Ancient Iran

The salt mines of Chehrābād have been previously known to keep mummified samples of bones and textiles, with the popular Salt Men being studied and dated to be as old as 1,700-years-old, according to a 2012 review on the Archaologisches Korrespondenzblatt journal. With the new study by experts from France, Germany, Austria, Iran, and Ireland, they were able to confirm that the natural mummification process - where the surrounding salt dries up the remains and removes any traces of moisture, preserving tissues and organs in the process - also applies to animal remains.

This property was used by geneticists, including those from Trinity College Ireland, who extracted small DNA samples from the skin of the mummified leg, also from the sheep mummy recovered in the mine, finding a well-preserved sample. They found longer fragment lengths and significantly less damage - traits commonly associated with remains as old as the one in Chehrābād - and they attribute it to the natural mummification process of the salt mine environment.

The effect of being left in the salt mine was also detected by the experts in the microorganisms in the leg of the mummy sheep. The metagenome, or the microbial profile, hosted a healthy population of salt-loving archaea and bacteria. Researchers also suggested these microbes might've even helped in the preservation of the sample.

Another point discovered after the genetic sequencing of the mummy sheep was that it was genetically similar to extant sheep breeds in the region. This strongly suggests that there has been a continuity to the breeding of sheep in Iran, at least up until the time of the Chehrābād remains, 1,600 years ago.

Additionally, the impressive preservation of the sheep mummy in the salt mine allowed researchers to investigate its genes further, specifically those associated with a sheep's predisposition toward a woolly fleece and a fat tail, which are economic traits in breeding sheep. Fat-tailed sheep are common in Asia and Africa, where they are valued for their culinary application and their supposed adaptation to the warmer climates of those areas. Meanwhile, wild sheep commonly have "hairy" coats different from those found in domesticated sheep.

"Mummified remains are quite rare, so little empirical evidence was known about the survival of ancient DNA in these tissues prior to this study," explains Conor Rossi, lead author of the study and Ph.D. candidate from the School of Genetics and Microbiology in Trinity College Dublin, in a statement from the institution.