In Vitro Symbiotic Relationship of Corals and Algae 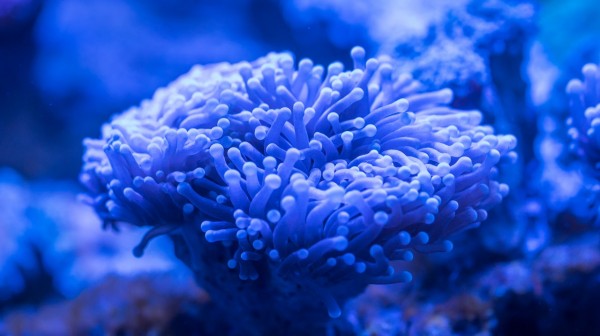 Experts observed a new feature exhibited by corals as it swallows the algae. The process of keeping the algae in coral cells is required and necessary for their relationship to begin. The corals swallowing algae was first seen by experts from Okinawa, and their study about the mutual symbiosis between the two organisms was published in the journal Frontiers in Marine Science entitled "In vitro Symbiosis of Reef-Building Coral Cells With Photosynthetic Dinoflagellates."

Okinawa Institute of Science and Technology Graduate University professor and senior author of the study Noroyuki Satoh expressed his joy at the discovery of the symbiotic process of algae and corals that were never observed before. Culturing corals is a bit challenging for marine biologists, and this is the reason why this process was never identified before.

The mutual symbiosis in the recent paper is made possible through the help of a separate study on coral culturing. Before, scientists examine the algae and coral relationship by using similar species, like sea anemones, which have comparative cells. Fortunately, the advancements in marine biology studies allowed experts to culture a sustainable cell line. This cell culturing used a stony type of coral, also known as the Acropora tenuis. The research of the sustainable coral cell line was published in the journal Marine Biotechnology entitled "Establishing Sustainable Cell Lines of a Coral, Acropora tenuis."

Acropora tenuis is hard corals that are common in tropical and subtropical reefs. These stony corals are beneficial for the study and maintaining preservation since they are abundant in the regions, and examining them won't disrupt the reef ecosystem.

IVB5 cell line has a composition identical to the endodermal coral cells that swallow algae, and this made the cell line the perfect subject to study the interaction between the algae and coral. To verify the new process of symbiosis, the algae known as dinoflagellates were added to the petri dish.

ALSO READ: How Many Species Are There on Earth? Experts Say Counting All Species Will Never End

Conservation of Reef Ecosystem Hidden in Corals and Algae Mutualism

Adding the algae enabled 40 percent of the coral subjects to expand longer than their initial measurement. Appendages, or the finger-like structures of the coral cells, eventually reached out to the agal cells. Once it touched the algae, the coral cells swallowed their cells in a span of 30 minutes. Based on the study, the engulfing of almost half of the algal cells took place in just 24 hours.

The marine biologists said in the study that the coral cells become round and less mobile after getting algal cells. The algal cells also have the ability to hide in vacuole-like structures found in coral's cytoplasm. The maintained symbiosis state was observed by the experts to go through in almost a month.

The discovery of the symbiotic process that was first-ever observed is a potential key not only to future marine biology studies but also has a significant impact when it comes to marine life conservation, reports EcoWatch.