The Amazon basin is the largest shield of Earth against climate change. It holds a huge amount of carbon emissions from all over the planet and acts as an effective agent to ease global warming. However, a recent study shows that a huge part of the Amazon rainforest can not hold the biggest contributor to greenhouse gas emissions anymore. What's worse is that these dysfunctional parts of the world's largest rainforest basin are now emitting huge volumes of carbon dioxide instead of containing them. This might turn our greatest ally to fight our changing climate play for the wrong team. 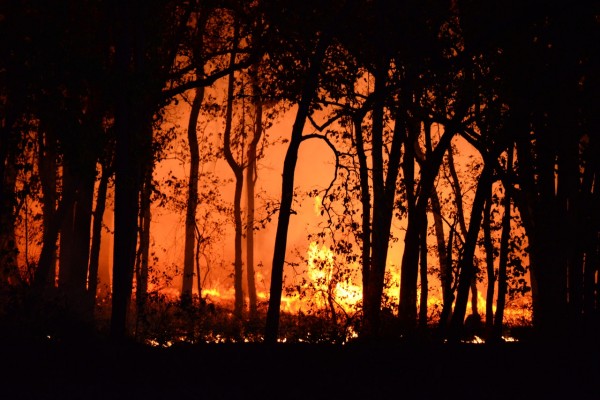 Earth science experts examined hundreds of air samples collected from high atmospheric altitudes from the past decade. The results were not good, as they showed a massive drop in the carbon management ability of the southeastern Amazon. The rainforest is slowly transitioning from sink to source of the majority of the greenhouse gases, carbon dioxide.

Amazon rainforest's weakening structure and decreasing capacity to contain CO2 was published in the journal Nature entitled "Amazonia as a carbon source linked to deforestation and climate change." The study shows that Earth is now facing an imminent threat because of the damage brought to the Amazon Basin, the planet's vast shield that helped to capture 40 billion tonnes of carbon emissions in 2019.

Amazon had been an effective fighter against global warming. It is consistent at sucking up the largest CO2 emissions and the natural plants and soils scattered across the globe. It contains almost half of our planet's rainforest combined. It had been working for the last century since mankind invented technologies that emit harmful greenhouse gases.

ALSO READ: Catastrophic Drought Could Be the Next Pandemic, UN Warns

If the Amazon rainforest, which has the unparalleled ability to hold 450 billion tonnes of CO2 in its ecosystem, will let itself excrete its contained carbon emissions, humans will face the heaviest challenge they ever tasted before.

Deforestation and lack of forestry are the number one cause of the Amazon's declining performance as a carbon collector. Our planet's tropical forests have already declined by a whopping 17 percent since the 1970s due to people's growing crops and farming industry. Along with it, seasonally warm temperatures have increased by almost 3 degrees Celsius, reports ScienceAlert.

Amazon losing its power to lock CO2 emissions has been a mystery before since the satellite data gathered from previous observations were inconsistent due to factors such as cloud blanketing the region.

Brazil's National Institute for Space Research expert and lead author of the study Luciana Gatti, together with her colleagues, pursued an effective way to examine the Amazon rainforest better and identify the root of the basin's problem. They collected air samples from 2010 to 2018 from a height of 4.5 kilometers or 2.8 miles over the surface of the forest.

Based on their findings, Northwestern Amazon is still intact and costumes more carbon dioxide than it gives off. However, eastern Amazon was emitting higher rates of CO2 than it absorbs, and this frightening process is much worse in the dry season. In addition, the Brazillian rainforest emits carbon dioxide 20 percent higher than it absorbed from 2010 up to 2019, reports Forbes.