Wildfires in the US are spreading to different states. The blaze had already affected 12 western states, and in California, the Bootleg wildfire is now burning areas at a fast phase. The biggest recorded burn under the western wildfire, located in southern Oregon, is much bigger than New York City. Only 7 percent of the wildfire are contained, bringing problems to the emergency and rescue authorities.

Western Wildfire and the Bootleg Fire 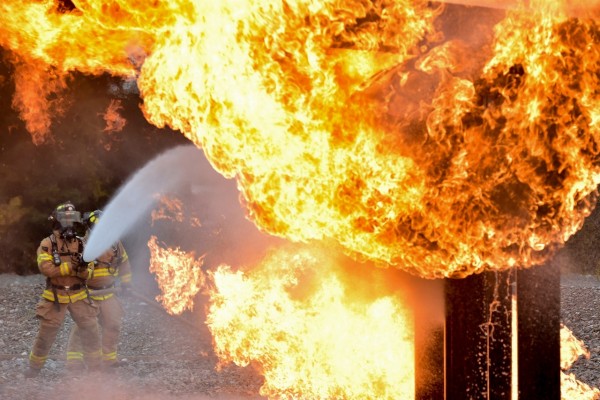 The US firefighters from the 12 affected states are now having challenges putting out the massive wildfire present on the American West. Last Thursday, a wildfire was reported to grow in Northern California. The burn is near the town of Paradise, the area where the most devastating wildfire in the history of the United States occurred.

The California Department of Forestry and Fire Protection reported the successful containment of the 2,250 acres of tree and bush near the Feather River Canyon's terrain. The area was treated 24 hours later by Butte County's Dixie Fire after the wildfire started on Wednesday, reports NBC News.

The residents near Plumas County are threatened by the wildfire even though the officials informed that the blaze was already moving away from populated areas. The threat roots from the 2018 Camp Fire that took 85 people and wiped out over 150,000 acres. With that said, an evacuation warning from the authorities from Butte County had been issued to Pulga and East Concow to prevent casualties and decrease the risk.

How Do Wildfires Start?

Fire requires specific components in order for it to begin a rampage. Like a normal fire, wildfires can be ignited by oxygen, fuel, and the right amount of heat. Oxygen is naturally available in the air, and there is no need to harness it. Fuel isn't just oil, as it can be any medium that has the capacity to burn, like timbers, bushes, and even our houses. Fuels that are much drier are the easiest to burn. Heat is the medium that burns that fuel and can also affect surrounding bodies.

For a wildfire to start, a spark is needed. Sparks are usually present in natural activities caused by chemical reactions. Sparks are brought by lightning, the sun's unparalleled heat, or human error. Wildfires can be distributed quickly in a matter of hours to a vast area that is abundant in fuel. Thick forests and vegetations are some of the places that are frequently struck by wildfires. Weather conditions and environmental situations can also contribute to an uncontrollable spread of wildfires.

Our changing climate is rapidly increasing, and with it comes unwanted natural inflictions, like extreme heat, drought, and wind abnormality, that could help wildfires spread quicker and become catastrophic.

The western wildfire's Bootleg fire was sparked by lightning early in July. It claimed the Klamath Tribes' traditional territory, located at the Klamath County, as its first victim. Lightning is the usual cause of natural wildfires, which is 16 percent of the total wildfires. However, based on the study published in the journal Proceedings of the National Academy of Sciences, almost 85 percent of the overall wildfires in the United States are caused by humans.

RELATED ARTICLE: How Many Species Are There on Earth? Experts Say Counting All Species Will Never End