A large new study recently showed that most people can now enjoy coffee drinking, or their diet cola san all the worries as caffeine does not appear to increase the risk of arrhythmias of most people.

A MedicineNet report specified that doctors have warned people suffering from heart rhythm problems to stop coffee drinking for decades out of concern that a caffeine shock might stimulate a "herky-jerky heartbeat."

According to the associate chief of cardiology for research, Dr. Gregory Marcus, at the University of California, San Francisco, they see no evidence for this broad-based recommendation to stop caffeine or coffee drinking.

He added, there could be some people where caffeine is their trigger, although he thinks the growing evidence is those cases are quite unusual.

ALSO READ: How Much Caffeine Should Pregnant Women Take? 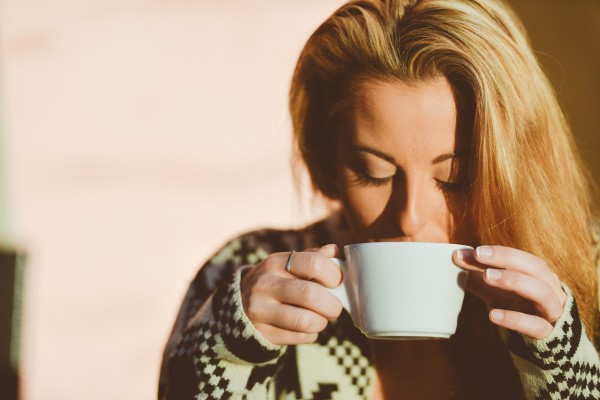 (Photo: Pixabay)
Moreover, if a patient is reporting to have palpitations that appear correlated with coffee or caffeinated drinks, the data do not provide the license to tell them not to try limiting coffee drinking.

Results of the study, Another Cup of Coffee Without an Arrhythmia, Please, published in JAMA International Medicine, results in fact, specify that each additional cup of coffee an individual is drinking every day might lower arrhythmia risk by roughly three percent on average.

According to a Medical Xpress report, most people, even those who have arrhythmias, need to be able to enjoy their cup of coffee, and perhaps, there are some for whom caffeine or coffee may, in fact, help lessen their risk, said Marcus.

The associate chief of cardiology also explained coffee is one of the most wildly drunk beverages globally, although its properties as a stimulant have prompted a lot of doctors to warn patients with heart ailments against consuming java.

To find out if caffeine can lead the heart to race or beat irregularly, Marcus and his colleagues examined data from over 386,000 individuals taking part in long-term British health research.

From that large cohort, roughly 17,000 developed a heart rhythm problem during an average follow-up of four-and-a-half years, said the researchers in their study.

All participants were asked about their coffee drinking when they entered the study. The authors compared their response to the possibility of developing an irregular or abnormal heart rhythm down the line.

As a result, there was no association between caffeine and heart rhythm disturbances, even when scientists took into account genetic factors that might affect the way people are metabolizing caffeine.

Marcus explained that they could find no evidence on a population level that those who drank more coffee or people who are exposed to more caffeine had a heightened risk for arrhythmias.

Nevertheless, Goldberger warned against reading too much into what the researchers observed about the potential protective benefits of caffeine, given that the impact was so small.

Goldberger, the co-author of a commentary accompanying the research, said he thinks the bottom line, based on these results, is that coffee may not result in arrhythmias, although it does not necessarily shield against them either.

Further study, Marcus said, is needed "to suss out exactly" the manner coffee is affecting the heart and the reason it might shield against arrhythmias.

Coffee contains anti-inflammatory effects, and it is well-known that inflammation can be a contributor to heart rhythm problems, explained Marcus.

Possibly too, the caffeine is motivating some people to be more physically active, which lessens arrhythmia risk.

Marcus also explained, "We might probably not be fully aware" of the different mechanisms that may be significant to the association between heart health and caffeine.

He added, he is encouraging his own patients with heart rhythm to experiment with caffeine, specifically, coffee.

Palpitations' Link to Coffee and Caffeine

In most circumstances anecdotally, it does not make a difference, said Marcus. For the majority of the people, he added, he has not found that it is an essential trigger. They are quite happy to receive such good news, specifically those who enjoy coffee drinking.

Both Goldberger and Marcus recognize there are possibly some people who do not respond favorably to coffee, and their concerns need to continue to be taken seriously.

If a patient reports to the clinic with palpitations or arrhythmia symptoms and asks if caffeine or coffee is playing a role, Goldberger said that is a personalized discussion.

Moreover, if a patient is reporting to have palpitations that appear correlated with coffee or caffeinated drinks, these data do not provide the license to tell them not to try limiting coffee drinking.

Nevertheless, the expert said he thinks he could tell their patients that coffee does not place people at higher danger of disturbances in heart rhythm.

Related information about coffee drinking is shown on Tech Insider's YouTube video below:

Check out more news and information on Coffee on Science Times.