A new study recently busted the argument that electric vehicle gas emissions are not much cleaner than internal combustion vehicles.

The Verge reported, the study found that over an EV's life cycle, from digging up the materials needed to develop it to ultimately laying the car to rest, it will discharge lesser greenhouse gas emissions than a gas-powered car.

That holds worldwide, whether an EV is plugging into a grid in Europe with a bigger share of renewables or a grid in India that still depends strongly on coal.

This, as indicated in the report, should not come as a big surprise. Fossils drive the climate crisis. Therefore, governments from California to the European Union have recommended phasing out internal combustion engines by 2035.

However, there are still people claiming that EVs are only as clean as grids they are running on, and at present, fossil fuels are still dominating when it comes to the energy mix in most sites. 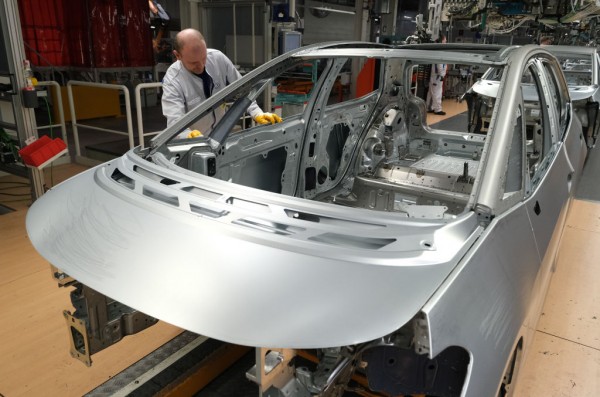 (Photo: Sean Gallup/Getty Images)
A worker assembles the ID.3 electric car at the Volkswagen factory on February 25, 2020, in Zwickau, Germany. The Zwickau plant is the first of many factories that Volkswagen is retooling from producing combustion engine cars to only producing electric cars.

There are many lobby works from parts of the automotive industry that say electric vehicles are not that much better if one considers battery production and electric production.

According to researcher Georg Bieker, at the International Council on Clean Transportation or ICCT, the nonprofit research group that published the report, they wanted to look into this and see if such arguments are true. This analysis of the ICCT found that those arguments are not holding over time.

The report approximates the release from medium-sized EVs registered this year in either China, India, Europe, or the United States; countries make up 70 percent of new vehicle sales worldwide and are representatives of other markets throughout the world, according to the ICCT.

Lifetime electric vehicle gas emissions in Europe are from 66 to 69 percent lower than that of a gas-guzzling automobile, the analysis showed. In the US, an EV yields between 60 and 68 percent lesser emissions.

Meanwhile, in China, the nation that uses more coal, an electric vehicle leads to between 37 to 45 percent lesser emissions. Whereas in India, it is between 19 to 34 percent lower.

A similar Eagles Vine report said it is essential to note that the study assumes that the vehicle was registered this year and will be on the road for roughly 18 years.

Researchers ended up with a variety of emission reductions for every region by looking at the energy mix under existing policy and projections from the International Energy Agency for what the future electricity mix will look like as climate policies develop.

Nonetheless, it is challenging to foretell how much the energy infrastructure of the world will actually change. For instance, President Joe Biden, in the US, has set a target of achieving 100 percent clean electricity by 2035, although he still needs to pass the policy for it to happen.

Also, the study does not consider other non-climate related environmental impacts that constructing the vehicles might have from things such as waste and mining.

However, EV drivers begin to reap the climate benefits after driving their car for one year or so, Bieker said. That's when the car is passing the threshold when the emissions it's saving by running on cleaner electricity make it a better choice for the climate compared to a traditional car.

Electric vehicles are essential to make such cuts happen, and even hybrid vehicles are not clean enough for such a goal or target to be met.

The said report proposes against allowing any new internal combustion vehicles on the road by the 2030s decade.

Any kind of combustion engine vehicle, Bieker explained, is unable to deliver the greenhouse gas reductions needed to live with climate change. That, he added, is a worldwide finding, and thus, there is a need to "phase out combustion engine cars" globally.

Related information about the impact of EVs on the environment is shown on CBC News's YouTube video below:

RELATED ARTICLE: Are Plug-in Hybrid Cars Worse for Environment Than Factory Tests Suggest? It Depends How You Drive Them