Tesla to Host Its Highly Anticipated Battery Day This Week

The company has invited interested investors and enthusiasts to watch the live-streamed event on Tuesday. It immediately follows the annual shareholders meeting scheduled at 1:30 PM Pacific Time.

RELATED: 5 Companies Involving Elon Musk and What They're Up To

Elon Musk first teased about the event with a tweet last September 11, announcing the arrival of "many exciting things."

What to Expect on Battery Day

Analysts have been outlining what to expect on the car manufacturer's battery day. Patrick Hummel, an analyst from multinational investment firm UBS, has already placed his price target to skyrocket from $160 to $325 per share. Furthermore, Hummel says he expects the latest in battery technology to be announced in the event, together with its costs.

According to the UBS analyst, the centerpiece of cutting-edge battery technology will be a battery design that employs a dry electrode. Hummel explains that the tech he is expecting will expectedly allow for up to 50 percent more energy density, bringing the battery capacity to almost 400 Wh/kg compared to Tesla's current 260 Wh/kg.

Furthermore, the dry electrode battery could also offer increased longevity, probably carrying a Tesla car up to a million miles.

Hummel also noted that the new battery technology could allow musk to achieve his goal of finally eliminating cobalt, one of the most expensive battery components to date, and has even been called the "blood diamond of batteries," mainly because of its ethically questionable sources. Should the new battery lose its cobalt composition, it will drive the average cell cost to $70 to $80, translating to $2,300 per vehicle compared to existing car prices.

While this game-changing technology is enough to generate a considerable amount of hype, analyst Chris McNally from another investment bank, Evercore ISI, recommends being wary of longer-term claims. His conservative advice comes from Elon Musk's supposed previous instances of becoming over-enthusiastic, such as when it has taken four years for Tesla cars to achieve self-driving capabilities. 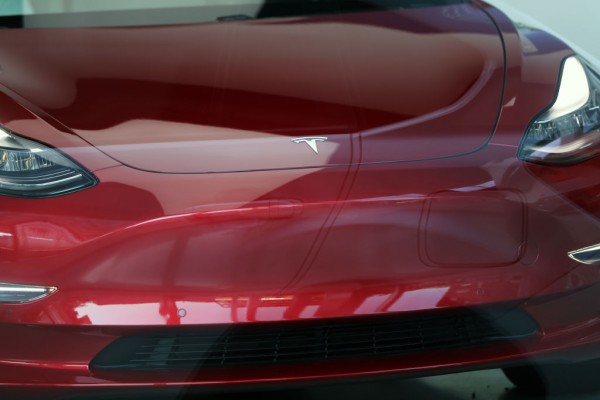 According to the feature article, the new battery cell is twice as wide as the existing 2170 cells—named for its 21mm x 70mm dimensions—used in its Model 3 and Model Y electric cars. Increasing the diameter to twice its original size leads to four times the internal volume, boosting overall capacity while reducing the cells required, which leads to cost reduction.

The anticipation prior to the Tesla Battery Day has driven the share prices of the electric car manufacturer, sending Elon Musk's net worth $13 billion more over the past week. Tesla's stock prices rose by 19 percent from the Friday closing bell, September 11, to the next Friday close, September 18. It marked the company's recovery from its 21 percent drop in the stocks last September 8, after being excluded from the S&P 500 index.

Aside from the upcoming Battery Day, analyst Daniel Ives from Wedbush also noted that sales figures in the Chinese mainland also contributed to the continuing Tesla growth. He estimated that Chinese consumers could be responsible for up to 40 percent of Tesla's market by the year 2022.

Check out more news and information on Tech & Innovation and Tesla on Science Times.