Along with the massive drop in solar and wind power prices, people seem to forget that hydropower still exists. Hydropower, along with the advancement of energy development, still powers almost one-third of the planet's renewable energy. Unfortunately, the future of hydropower is at stake because hydro energy development costs a lot and brings a lot of ecological impacts. 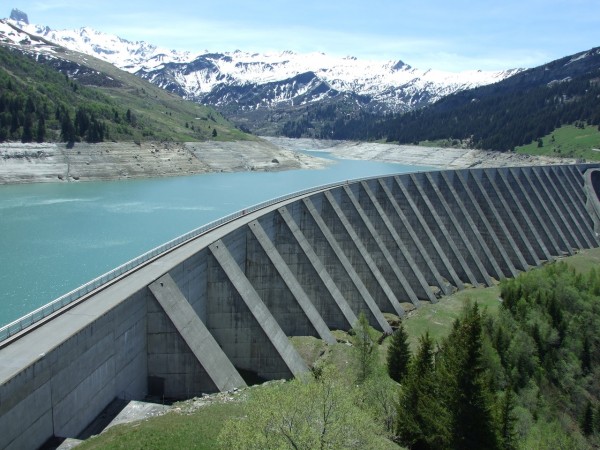 Traditional dams that we grew up with, contrary to popular belief, are not all viable to produce hydropower. Most of the dams we see in various states are massive, and a lot of them are built for water supply and serves as barricades for destructive floods. However, not all of them generate energy, in our case, electricity.

Norwegian University of Science and Technology's civil engineering expert Tor Haakon Bakken, Europe uses almost 50 percent of their towering dams specifically for hydropower harvest. But the dams in Asia and Africa generate less amount of electricity than it was supposed to.

Like Bakken, other experts regard the traditional dams as a gem to generate sustainable energy. Along with other colleagues, Bakken had proposed to upgrade old water dams through equipping turbines in the structure's basement. This process will not only produce renewable energy but will also leave the environment as it is, reports IEEE Spectrum.

Bakken's group, along with some of his colleagues and students, researched the matter. They modeled their theoretical dam system in non-generating dams located in the southern regions of Spain. The possibility of the hydropower proposal is high and in ha functioned very well.

Bakken is optimistic about using hydropower systems by hydro developers to upgrade and improve the old and seemingly useless dams. The case study conducted in Spain is strong evidence that supports the economical and environmental attributes of traditional dams when used for hydropower. He believes that the dams in other places will work effectively as the ones from Spain. What's more, is that the energy-generating dams can also work be upgraded for better hydropower production. Upgrading old hydro plants will contribute 3 to 11 gigawatts of electricity, according to the Brazilian Energy Research Office.

Along with the continuing development of water dams, the National Renewable Energy Laboratory NREL has conducted their separate study involving massive reservoirs as surface beds for solar panels that can be float on the water surface. The experts from NREL believe that the solar panels floating on water could theoretically produce terawatts of power. NREL's study was published in the journal Renewable Energy entitled "Hybrid floating solar photovoltaics-hydropower systems: Benefits and global assessment of technical potential."

University of Michigan's energy system expert and NREL former researcher Michael Craig said that producing the new hydropower will require little water, like from a river, to generate energy without disturbing the environmental conditions. The turbines do not need large bodies of water and certainly not intentional floods.

Along with other experts from NREL and Natel Energy, Craig had already modeled a hydropower system based on the classic run-on-the-river concept that could work in river dams located in California.