Drone racing has been a new trend in the world of sports today. The new type of sport is pretty much comparable to the traditional one we are familiar with. Drone racing isn't just handling a remote-controlled toy, as the drones used in this revolutionary sport are actually run by machines that can process complicated algorithms used in maneuvering in the rally. To surpass the current capability of drones, researchers at the University of Zurich developed an improved controlled algorithm. The drone innovation was top-notch in that it made the drones beat human pilots for the first time. 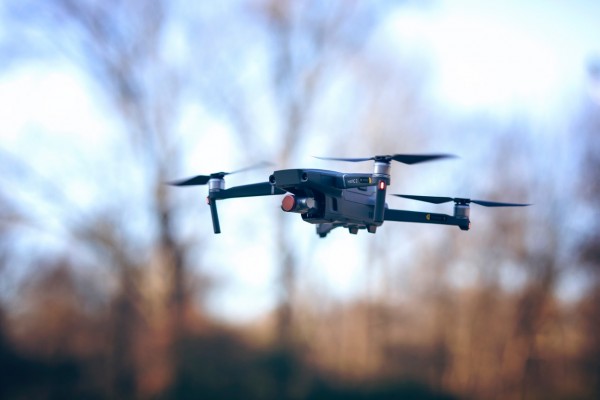 Drone racing usually takes place in traditional race tracks. These tracks are calculated and measured by the algorithm as well for the drone to move perfectly relative to the course. However, the process of calculating the perimeter and making it a smoother path for the drones is significantly slower, which is not beneficial if it was put up against the agile movements the human pilots can perform. This initial study was published in the journal arXiv, entitled "Deep Drone Racing: Learning Agile Flight in Dynamic Environments." According to this research, the drones were successfully programmed with an algorithm that could put them away from obstacles, but it doesn't match the preferred speed needed for the race.

Recently, the experts who had conducted the initial experiment came up with a perfected new system since the last time it was developed. With that said, the University of Zurich's robotics professor and author of the study Davide Scaramuzza was proud to announce that they had successfully beaten the fastest lap of two of the world's human pilots.

AI-Drones in Search and Rescue

Along with being much faster than the first racing drone experimented, the systematic algorithm applied in their drones has more consistency. But as the drone finally got the initial specifications the experts preferred in the previous study, there are some disadvantages in acquiring highs speed and agility, reports Forbes.

Among the drone's issues is that the flight planning, even though proven to be much faster than the first try, takes too much computing power to the point where the power consumption exceeds the maximum cap of the drone's power supply. Another imperfection that the racing drone contains is that it takes hours for the algorithm to strategize for flights conducted in just a few minutes.

According to the authors of the study, further research and examination will be conducted to achieve the best version of the racing drone. Among the limitations they will eliminate in the future is the multiple-camera setup required around the perimeter for the algorithm's calculation of the 3D planning.

The development of racing drones is part of the Rescue Robotics Grand Challenge. This project, funded by the Swiss National Centre of Competence in Research, aims to produce the best AI technology to search for emergency victims faster and conduct better rescue operations than the traditional, human-conducted processes. The study of the latest research on the AI-powered 'drone racer' was published in the journal Science Robotics, entitled "Time-optimal planning for quadrotor waypoint flight."