Researchers from Swansea University, Wales, are developing bioink made from human cells to 3D print cartilage for people born lacking body parts, facial features, or those that have suffered from scarring from burns, cancers, and trauma.

Researchers say that by combining human cells and plant-based materials, they can create noses, ears, and other body parts to help facial reconstruction. 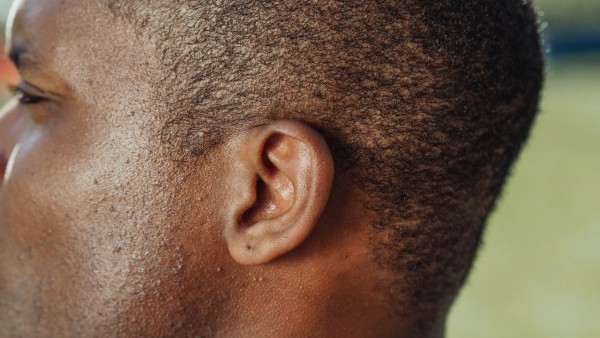 Based at Swansea University, the Scar Free Foundation, together with Health and Care Research Wales, has just launched a 3 year £2.5 million regenerative research program and is set to move forward with human clinical trials. The collaboration intends to promote 3D bioprinted facial cartilage that will aid in facial reconstructive surgery and more in the near future.

According to BBC, Radiyah from Pembrokeshire was diagnosed with microtia and was born without a fully formed left ear. Today, she is set to get a new left ear after researchers from Swansea University began 3D printing human cartilage.

Patients without fully developed facial features have told scientists that they prefer reconstruction using their own tissues instead of existing plastic prostheses.

Cartilage is one of the main types of connective tissues in the human body that provides a framework for bones structures to develop properly. The stem cells of a patient will be frown on to the cartilage structure as preparation for the facial reconstructive surgery. Not only will the procedure avoid the need to harvest cartilage from different parts of the body, but it will also significantly reduce scarring.

Iain Whitaker, the Plastic Surgery Chairman at Swansea University, explains that the success of the translation research program will transform future surgeries, removing much of the need to transfer tissues from different parts of the body and avoid linked pain and scarring for easier recovery reports TechBeezer.

The Future of Reconstructive Surgery

In recent years, 3D printers have been used for various applications, from hobbyists, robots, prosthetic limbs, and more. Swansea University's 3D printer utilized a bioink made specifically from human cartilage-specific stem cells and plant-based material known as nanocellulose. The software will be used to create three-dimensional designs before the robotic equipment prints them out in real-time.

The Scar Free Foundation will determine the ratio of combination between newly grown cartilage and nanocellulose bioinks for the 3D bioprinting. It hopes to show that bioinks are safe, non-toxic materials that can be tolerated by the human immune system.

The breakthrough research avoids the need for expensive and painful skin grafts and the substantial scarring it causes. The Scar Free Foundation is also set to assess the effects of facial scarring on patients' mental health reports DailyMail.

Simon Weston, a Welsh veteran who recovered from severe burns during the Falklands War, is the leading ambassador of the foundation. He says that the recent research in bioprinting ears and nose cartilage from the patient's own cells would have made a tremendous impact on him and many others who suffer from facial scarring.