Earlier today, the National Weather Services said people might suffer respiratory problems due to a persistent bloom of poisonous red tide off the Gulf Coast of Florida.

According to a Phys.org report, the service released a "beach hazards statement" affecting the oceanfront and bayside shores in Pinellas County from 11:30 am today until at least 10 pm tomorrow. Symptoms of the respiratory condition include sneezing, coughing, and watery eyes.

As indicated in the statement, the NWS said people with asthma, chronic lung disease, and emphysema might be more sensitive. It added irritation might vary by beach throughout the day.

Red tide takes place naturally in the Gulf of Mexico, but it can be made worse by nutrients like nitrogen, which is usually found in fertilizers.

ALSO READ: Manatees Have Returned Back From The Jaw of Extinction, US Officials Confirmed 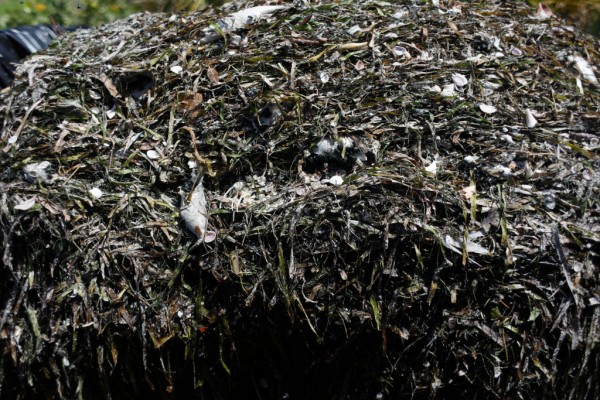 (Photo: Octavio Jones/Getty Images)
Red tide, which is formed by a type of bacteria, has killed several tons of marine life in Florida so far this year.

Many experts have suspected that the red tide outbreak in the Tampa Bay area has been aggravated by releasing more than 200 million gallons or 757 million liters of contaminated water from an old phosphate operation earlier this year in Manatee County.

This report also said that over 1,000 tons of dead marine life had been scooped up in Tampa Bay and the nearby coastlines during the said outbreak.

Local officials and various environmental groups have called on Florida Governor Ron DeSantis to declare a red tide emergency, although the Republican governor insists sufficient resources are in place to address the problem.

According to an updated report from the Florida Fish and Wildlife Conservation Commission, the bloom of the red tide organism, Karenia brevis, as described by Smithsonian, is persisting on the Florida Gulf Coast.

As mentioned earlier, occasional bloom conditions persist too, in Tampa Bay, although they have improved compared to last week, and the officials are continuing enhanced monitoring in this, as well as the surrounding sites.

For the past week, K. brevis was also observed in Northwest Florida at very low to high concentrations in and offshore of Pasco County.

Impacts of Red Tide on Humans

According to Microbial Life Educational Resources, "red tide algae make potent natural poisons." It remains unknown why these toxins are created, although some can be dangerous to larger organisms through the processes of bioaccumulation and biomagnification.

PSP is a disease caused by saxitoxin production by the Alexandrium species. It is common along the Pacific and Atlantic coasts in the US and Canada. With this disease, poisoning occurs when one is ingesting shellfish contaminate with PSP toxins leading to disruption of nerve function and paralysis.

DSP is caused by Dinophysis species. It generally takes place in Europe and Japan, although it has also been detected in other countries like the US, Canada, New Zealand, Thailand, and Chile. Symptoms include nausea, diarrhea, abdominal pain, vomiting, and cramps.

ASP has been detected along the eastern Canadian coast, results from domoic acid, generating planktonic and benthic algae. Essentially, gastric and neurological symptoms include disorientation, memory loss, and dizziness.

A similar report on red tide in Florida is shown on FOX 13 Tampa Bay's YouTube video below:

Check out more news and information on Medicine & Health and Environment & Climate in Science Times.