Delta Aquariids 2021: How to Watch This Week’s Meteor Shower

The Delta Aquariids are expected to peak this week, giving skywatchers something to look forward to. They might even catch a glimpse of the Alpha Capricornids or the much-anticipated Perseids.

The Delta Aquariids have been active for a long time, with meteor activity occurring between July 12 and August 23. The meteor shower peak will be on July 28 to 29, the American Meteor Society (AMS). Still, those who want to see it can do so now because it can provide "good rates for a week" focused on the evening of the peak.

The Delta Aquariids are claimed to be feeble meteors observed from mid-northern latitudes but are best seen from the southern hemisphere, EarthSky said. They're usually devoid of fireballs and a consistent train. The bright moon, which is 74 percent full on the night of the peak, may also hamper visibility. 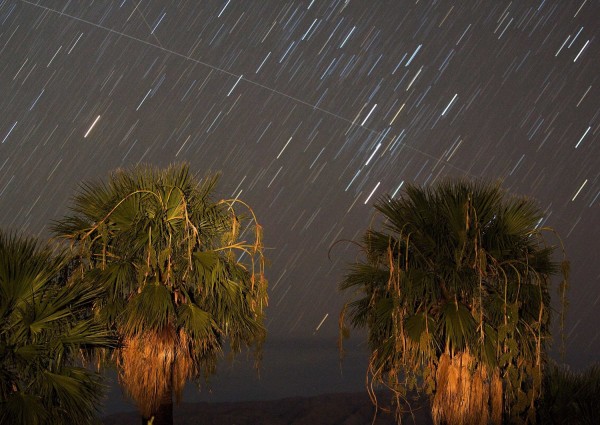 (Photo: Ethan Miller/Getty Images)
LAKE MEAD NRA, NV - AUGUST 12: Perseid meteors fall as a satellite passes across the sky early August 12, 2008, near Rogers Spring in the Lake Mead National Recreation Area, Nevada. The meteor display, known as the Perseid shower because it appears to radiate from the constellation Perseus in the northeastern sky, is a result of Earth's orbit passing through debris from the comet Swift-Tuttle. Tuesday morning was considered the peak of the shower, which is visible every August.

What is Delta Aquariids?

How to See Delta Aquariids

Skywatchers should keep an eye out for the meteor shower, as it will peak on the same night as the Alpha Capricornids. According to the AMS, the Alpha Capricornids can be seen "equally well on either side of the equator." Although it isn't a particularly powerful meteor shower, with just approximately five meteors per hour, it has been known to generate brilliant fireballs during its active period, which runs from July 3 to August 15.

The Old Farmer's Almanac said the Delta Aquariids are also a "warm-up" for the popular Perseid meteor shower. In reality, the Perseids are already visible, with their peak activity occurring between July 17 and August 26. As a result, anyone watching the skies for the Delta Aquariids may also see some early Perseid meteors racing through the sky before the maximum on August 11-12.

ALSO READ: Don't Miss Perseid Meteor Shower This Year! Will It Produce Up to 100 Meteors an Hour this August?

The optimum time to see the Delta Aquariid peak, like most meteor showers, will be after midnight and before dawn in "all-time zones throughout the planet," according to EarthSky. One key piece of advice for the best viewing experience is to observe the event under dark skies, away from bright lights.