In a month known for a frenzy of fireworks that can turn the night sky into a stunning display of color, the universe will give a few shows of its own that will be seen throughout the world — no telescope required.

Allow at least 15 minutes for your eyes to adjust to the darkness before viewing the Milky Way. The nights around the new moon on July 9 will be the best for viewing the galaxy.

During the summer, the Milky Way can be seen multiple times. Even yet, keep in mind that the top three astronomical phenomena of July will only be viewable on specified evenings, so mark your calendar. 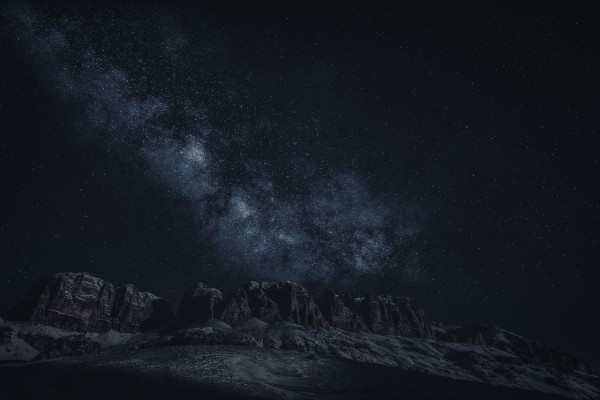 Venus has been putting on a show in the western sky in recent weeks. EarthSky said Earth's twin will continue to be a prominent post-sunset planet throughout July.

Mars will travel close to Venus on Monday, July 12. Albeit, it will be much fainter and more difficult to detect. A little crescent moon will be visible over the duo after dusk.

The two planets will come closer together once more on Tuesday, July 13, giving anyone who missed the coupling the day before another chance to see it. The moon will be in the same area as the sky on July 12, but it will be a little farther away from the planets.

Summer storms inspired the name for July's full moon, which will rise around sunset on Friday, July 23.

Those outside this evening will be able to see the full Thunder Moon rise in the eastern sky and dazzle all night if the sky is not cloudy due to a downpour.

The full moon in July is also known as the Buck Moon, Salmon Moon, and Raspberry Moon, per The Old Farmer's Almanac.

On the other hand, the Thunder Moon will not ascend alone.

As the night unfolds, two planets will eventually rise above the horizon in the same location of the sky.

Saturn and Jupiter will make a line across the southeastern sky, near the moon's left, around midnight.

The Eta Aquarids meteor shower occurred in early May, as Science Times reported. Still, many skywatchers on the East Coast, northern Plains, and Pacific Northwest missed it because of dense clouds.

The Southern Delta Aquarids and Alpha Capricornids will be at their height on Wednesday, July 28, and Thursday, July 29.

According to the American Meteor Society, the two meteor showers will combine 15 to 20 meteors each hour.

The Alpha Capricornids' most remarkable feature is "the amount of spectacular fireballs generated throughout its active phase", which equates to a shooting star every several minutes. Certain meteors may light up the entire sky when they burn up in the Earth's atmosphere.