A Russian module of the International Space Station has been disconnected from the ISS and later burnt up in the atmosphere early Monday morning.

Russian space agency Roscosmos announced on Twitter that the module's "non-combustible structural pieces" fell into the "non-navigable area" of the Pacific Ocean.

The non-combustible structural elements of the #ProgressMS16 cargo ship and the #Pirs module fell in a non-navigable area of the Pacific Ocean.

Thank you for your work, Progress and Pirs! pic.twitter.com/Cgb900lDNp

According to a NASA blog post, the old part will soon be replaced by a new Nauka module. 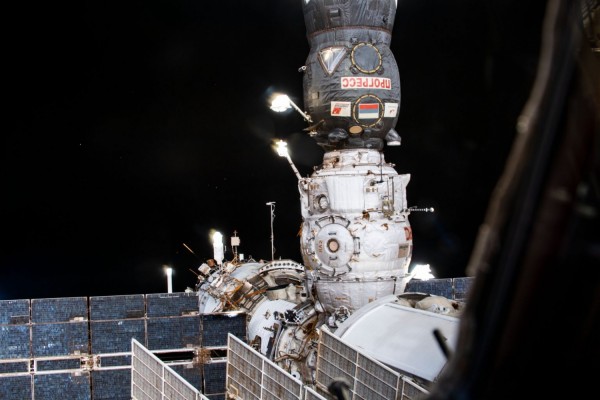 SpaceFlightNow said an uncrewed Progress MS-16 transport cargo vehicle was undocked from the ISS at 6:55 a.m., in addition to the Pirs docking station. Upon controlled re-entry into the atmosphere, both containers were nearly completely destroyed. The Progress 77 mission arrived at the orbiting station in February, delivering cargo and supplies to the Expedition 65 crew.

Interesting Engineering said the Pirs portion had been in continuous operation for 20 years after its initial launch on Sept. 14, 2001. The Pirs module, which means "pier" in Russian, was deactivated to make room for the upcoming Nauka module, also known as the Multipurpose Laboratory Module (MLM). Science Times reported that Russia launched the module into orbit on Wednesday.

The Pirs was supposed to be undocked on Friday, July 23, 2021, Gizmodo wrote. Still, it was postponed three days due to issues with the Nauka mission, which launched from Kazakhstan's Baikonur Cosmodrome on July 21, 2021. A failure to perform the first orbit-raising burn, which was solved using backup engines, as well as a malfunction with the Nauka module's antenna, were among the concerns. Worryingly, there's a problem with the docking objective, which could jeopardize attempts to dock with the ISS on July 29, 2021.

Roscosmos cosmonauts Oleg Novitskiy and Pyotr Dubrov began preparing for the big undocking last Saturday. Once it was finally established, Nauka could make it to the ISS. Before detaching, Roscosmos said astronauts closed the transfer gates between the Russian segment of the ISS and Pirs and checked the station's pressure integrity. Pirs was 16 feet (4.9 meters) long and 8.4 feet (2.6 meters) wide, weighing 8,461 pounds (3,838 kilograms), according to a NASA blog post. In the previous 20 years, the Pirs docking station has also served as a working science facility and a final airlock for spacewalking missions.

Can Russia Still Withdraw From ISS?

After the module and spacecraft were separated, they were transferred to a safe distance, where controllers used Progress' engines to slow both down at around 10:00 a.m. EDT.

The remaining structure dropped into "a non-navigable area of the Pacific Ocean" after the majority of the spaceship burned up in the sky, according to Roscosmos.

Despite the absence of Progress and Pirs, the Russian segment's Earth-facing port is poised to connect with the arriving Nauka (which translates to "science"). Astronauts will have more space for cargo, equipment, and science experiments once it is linked. The upcoming module will also bring a new robotic arm capable of servicing the ISS's Russian section.

This follows a worrying event where Interesting Engineering said Roscosmos Director Dmitry Rogozin threatened to withdraw from the International Space Station (ISS) during a Russian Parliament session. The country could pull out 2025 if US sanctions against Russia are not lifted.

According to an NBC translation, Rogozin warned during the hearing that the American partners will be responsible for Russia's exit from the ISS if the sanctions on Progress and TsNIIMash stay in place and are not lifted shortly.