Researchers discovered a new type of liquid in thin films. It is a new material that forms high-density glass, with the results promising how similar materials could lead to stronger, denser fabrications in the future.

In the new study titled "Glasses Denser Than the Supercooled Liquid," and appearing in the latest Proceedings of the National Academy of Sciences, researchers from the University of Pennsylvania (UPenn) report the discovery of the material and its implications. 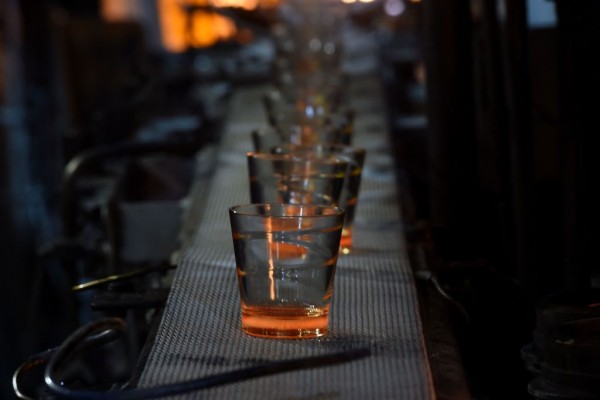 (Photo: Photo by GUILLAUME SOUVANT/AFP via Getty Images)
Glasses are pictured on the production line at a factory of a French manufacturer of glassware Duralex in La Chapelle-Saint-Mesmin near Orleans, center France, on July 1, 2021.

ALSO READ: Glass: The Science Behind It

A New Method of Forming Glass

Glass, as we know it, is usually formed after solidification, which in turn is created when a liquid falls out of equilibrium. This usually happens when a liquid material cools down, and motion stops altogether. Generally, glass is a class of non-crystalline (amorphous) materials that are structurally similar to liquids yet physically closer to solids.

Technological advancements allowed the fabrication of glass into ultrathin films, materials in the nanometer scale, which are currently used in a wide range of applications from OLED displays to fiber optics. Materials used in these applications behave like a liquid under low temperatures. The slightest imperfection or environmental change can create droplets or small areas of crystallization, limiting the smallest units that can be made into thin films.

To work around this limitation, scientists and researchers turned to a process called vapor deposition instead of cooling down liquids to form glass. Vapor deposition, Science Direct explains, is a process that directly turns a gaseous material into a solid, allowing researchers to create glass materials with greater density. It has been used in creating different materials such as fibers, powders, nanotubes, and multilayer coatings.

A concern about vapor deposition is that the thin films of glass it produces still retain the same liquid properties that risk degradation and instability. However, after running experiments on these materials, UPenn Ph.D. graduate Yi Jin discovered that it was not the case with the material. He previously worked in the lab of Chemistry professor Zahra Fakhraai, who said in a UPenn press release that "none of the data made sense," leading their team to examine more until they could piece their data together.

Discovery of a New Kind of Material

"There are a lot of interesting properties that came out of nowhere, and nobody had thought that in thin films, you would be able to see these phases," Fakhraai said, calling the discovery a new type of material.

The UPenn team used vapor deposition to create even denser thin-film glass materials that correspond to the new liquid phase, with some iterations of the material showing the potential to be even denser than crystal. They verified their findings by gathering structural data on the new material, courtesy of the Brookhaven National Laboratory. The structural imaging results revealed that what the researchers discovered was not simply a crystalline form but an entirely new phase.

Researchers are already working on a follow-up to better understand the parameters that lead to the creation of this new type of material, including examination of the deposition-stage films and further looking into phase transition areas.

RELATED ARTICLE: Why Liquid Glass Should Be the New State of Matter

Check out more news and information on Glass in Science Times.