Madagascar's Ancient Megafaunas Extinct Due to Introduction of Foreign Animals

Madagascar is among the most popular spots in our present time that still holds the remaining biodiversity of our planet. The country is abundant in every variety of ecological structures possible, including deserts, different trees, and rain forests. The strategic geological location of Madagascar, combined with its perfect size and the included biodiversities, has been the most fitting attribute for the country to be the perfect place for a wide variety of species, including megafaunas. Even the isolation of the country, considering that it is the second-largest island country on our planet, is beneficial for the preservation of unique animals and plants. 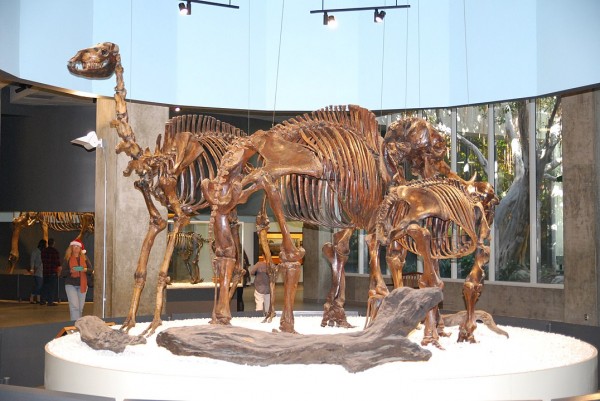 Madagascar has proven itself to be among the most worthy places where unique species, including megafaunas, can reside. For example, animals like the draft hippo, the elephant bird, and some of the giant lemurs are able to survive our changing planet centuries ago, living in Madagascar's premises for almost 2,000 years.

Madagascar's biodiversity, although close to perfection, raises a question to experts. According to PhysOrg, there are multiple reasons some organisms, including megafaunas that inhabited the country, became extinct. However, there is no clear explanation for why it occurred. With that said, experts from UC Santa Barabara conducted a research to determine the timelines of extinction on some of Madagascar's precious species and megafaunas and the reason behind it.

UC Santa Barbara's anthropologist and author of the study Sean Hixon said that Madagascar's stunning biodiversity is continuously threatened by human migration and foreign animal introductions throughout the past millennium. The expert said that the human activities and introduced species in the country would be the key to better understanding Madagascar's biodiversity.

Pennsylvania State University's archeology expert and co-author of the study Kristina Douglass said that the massive biodiversity of Madagascar, even though it is close to perfection, was still impacted by the human arrival. Douglass said that their investigation aimed to find those effects in the country.

The same authors conducted initial studies regarding the timeline where the domesticated foreign animals and Madagascar's remaining megafaunas have met. The investigation published in the journal Biological Sciences, titled "Late Holocene Spread of Pastoralism Coincides with Endemic Megafaunal Extinction on Madagascar," both groups of the animals present in Madagascar's history were compared, and their influences with each other were also enumerated.

The most recent examination published in the journal Paleoecology, titled "Ecological Consequences of a Millennium of Introduced Dogs on Madagascar," presents how a specific domesticated animal such as dogs dealt with the ancient ecological structure of the country and compared it with the data gathered from fossa, Madagascar's top predator.

Along with the introduction of foreign species to the island, humans themselves were able to interact directly with the ecological system of Madagascar. Human activities like hunting and territorial development, combined with our planet's changing climate, have significantly shaped the Madagascar that we know of today. Competition over vegetation and shortage of native plants are also possible contributors to why megafaunas were wiped out from Madagascar.

Check more news and information on Paleontology in Science Times.