Recently found in the caves of Argentina, the jaw bone of the Desmodus draculae or Giant Vampire bat dating back to roughly 100,000 years ago fills in the gaps of the animal's amazing history and could give clues as to the inevitable end of the bat species. 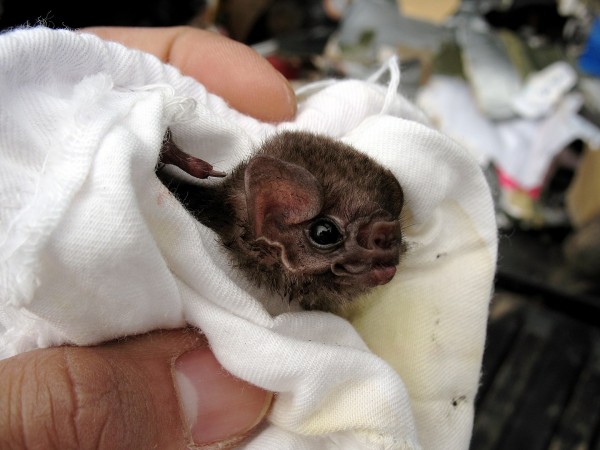 Bats today are extremely diverse, constituting about 20% of known mammal species, which is relatively huge considering the boom of the species roughly 50 million years ago. However, this doesn't necessarily mean that fossil records are chuck full of bat remains, hosting a myriad of evolutionary evidence and diversification data for researchers.

On the contrary, bat fossil records are patchy and poorly evidential. This means that discoveries are valuable in the scientific community, especially for such a notable species as vampire bats.

Mariano Magnussen, a paleontologist at the Paleontological Laboratory of the Miramar Museum, Argentina says that vampire bats are only bat families that incite curiosity because of legends stemming from Transylvania and Count Dracula, ScienceAlert reports.

Today's vampire bats or Desmodus rotundus are mammalian carnivores that can live up to 9 years in the wild and reach 7 inches in wingspan and grow up to 3.5 inches, according to National Geographic.

Today, only 3 in about 1,400 bat species are vampire bats, known as the Desmodontinae, that solely live on the blood of animals and sometimes humans. Contrary to belief, vampire bats do not cause fatalities, with the blood-sucking only causing momentary discomfort.

As reported by ScienceDaily, of the three surviving vampire bats, relative characteristics can be seen suggesting that hematophagy evolved once in bats showing that all species of bats diverged from a common ancestor.

In a study published in the journal BioOne, entitled "New Record of the Vampire Desmodus draculae (Chiroptera) from the Late Pleistocene of Argentina", researchers believe that despite the small size of the jaw bone retrieved, it could hold substantial evidence on the history of bats and the like.

Santiago Brizuela, a paleontologist at the National University of Mar del Plata, Argentina, says the fossil has several significances, especially since bat remains are a rare sighting in Argentina. In addition, the fossilized remains confirm the presence of the nocturnal bat species at mid altitudes during the Pleistocene Era. The newly discovered vampire bat species is the oldest fossilized remains of bats in records.

Since 1988, when D.draculae were first formally described, researchers had little known facts regarding the extraordinary species. All the more reason why the recently excavated jawbone from Pleistocene-era sediments in the caves of Miramar near Buenos Aires is important.

Researchers theorize that during the bat's existence, the cave was a burrow of a giant slowth of the Mylodontidae family.