Evolutionary experts recently identified how South African dinosaurs breathed using the European Synchrotron Radiation Facility ESRF's X-ray technology. The dinosaur, better known as the Heterodontosaurus tucki, had a breathing system that had been a puzzle for scientists up until today. 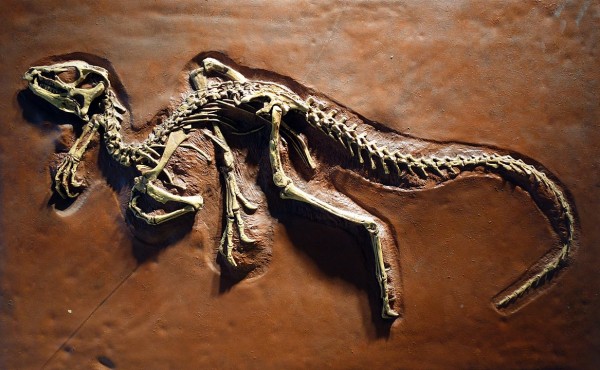 Back in 2016, the University of Witwatersrand's Evolutionary Studies Institute experts collaborated with ESRF to scan the detailed skeleton structure of a specific dinosaur. Using the brightest and most powerful synchrotron light source, the fossil of the 200 million-year-old herbivore giant Heterodontosaurus tucki was observed for additional details regarding its previous body formation. Albany Museum's expert and co-author of the study William de Klerk was the first to encounter the fossil way back in 2019 in South Africa's Eastern Cape, reports Science Daily reports.

After the discovery of the fossil, the paleontologists have utilized scanning systems that were developed by ESRF experts in Grenoble, France. The main goal of the comprehensive scanning was to reconstruct the skeleton of the Heterodontosaurus virtually, producing a detailed model of the dinosaur. Through the virtual reconstruction, the experts will be able to determine how the ancient herbivores breathed.

All animals vary in their breathing process. Some of them even use organs which is far from what humans are using. For example, people breathe through the expanding and contraction of the lungs, while birds have their lungs pumped by an external air sac. With that said, paleontology experts have thought for a long time that the ancient dinosaurs breathed the same way the modern-day avians do. This is due to the fact that birds have similar anatomy with most of the dinosaurs, leading to the conclusion that their breathing patterns could be the same, too.

However, in the study published in the journal Evolutionary Biology entitled "A new Heterodontosaurus specimen elucidates the unique ventilatory macroevolution of ornithischian dinosaurs," it was found that among thousands of dinosaur genus, Heterodontosaurus did not breathe as the winged animals do. Instead of the air sac, the Heterodontosaurus had bones that scale to a toothpick and paddle-shaped ribs that are used for breathing. These tiny bones expand on the dinosaur's chest and belly to provide circulation of air throughout its body.

ALSO READ: Extinction of Elephants and Mastodonts: Real Cause Revealed by Paleontology Experts

Heterodontosaurus belongs to the oldest lineage of Ornithischians. They are also the first-evolving genus of the clade that was recorded. These dinosaurs roamed the face of our planet 200 million years ago during the Jurassic period, right after the Triassic period. Alongside Heterodontosaurus, the Ornithischians include plant-eating giants like the Stegosaurus, Triceratops, and other dinosaurs with duckbill features.

Through the structure and breathing process of the Heterodontosaurus, the paleontology experts are able to know the biological factors that affected other dinosaurs to their survival and extinction. The findings of the study were a product of the unending partnership between the paleontology experts of South Africa and ESRF. The paleontological projects that are being conducted by their collaboration apply effectively, non-invasive techniques that are beneficial for both the studies and the environment, PhysOrg reports.

The study of Heterodontosaurus exhibits the stunning biodiversity of the paleolithic age of Earth. Through their breathing process, the experts are able to conclude several life patterns and strategies of the ancient giants, and these unusual processes reveal the distinction between the methodologies of various species. South Africa's contribution to paleontological studies is outstanding, and further protection must be met to preserve the fossils scattered across the region.