Key Brain Differences in People with Migraine Revealed; Scientists Use Unconventional Experiment to Get Results

Scientists recently used an unconventional experiment to detect key brain differences among people suffering from migraines compared with those not experiencing the condition by putting them on a virtual roller coaster.

A ScienceAlert report specified that it appears that people with migraines tend to suffer from more motion sickness, not to mention experiencing more dizziness each time they are imagining themselves riding on a roller coaster.

As a result, these people's brains showed differences in neural activity that appear to be associated with this. 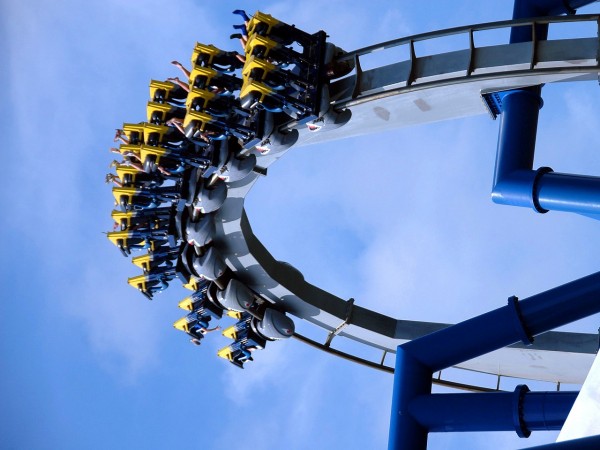 (Photo: Paul Brennan on Pixabay)
In a report, it appears that people with migraines tend to suffer from more motion sickness, not to mention experiencing more dizziness each time they are imagining themselves riding on a roller coaster.

Link Between Migraine and Motion Sickness

In a 2010 study published in the National Library of Medicine, researchers linked migraine with numerous comorbid conditions, with motion sickness being the most prominent.

Symptoms including dizziness, nausea, and headaches are common to both migraine and motion sickness. More so, those with migraines have strong susceptibility to sickness.

As the two conditions engage reflexes that transmit in the brainstem, symptoms may share a similar neural circuity.

As a result, subclinical interictal persistence of disorders in such brainstem pathways could not just strengthen susceptibility to persistent migraine attacks but increase vulnerability to motion sickness, as well.

Mechanisms mediating symptoms of migraine and motion sickness are also explored in this 2010 paper. In addition, the physiology of the two illnesses was discussed, and neurotransmitters that may be engaged in the symptoms' manifestation were also examined in the said study.

Findings related to the said research shed light on the link between migraine and motion sickness. They offered understandings as well into the generation of attacks of migraine.

While migraine has been associated with motion sickness for a long time now and other vestibular symptoms, conflicts between the human senses tell one how he's feeling.

Such an approach in this roller coaster experiment means detailed fMRI scans can be performed while these sensations are being experienced.

According to Arne May, a neurologist from the University of Hamburg in Germany, those suffering from migraines frequently report feeling dizzy, experiencing balance problems, and misperception of their body in space during migraine attacks.

May said, through simulation of a virtual roller coaster ride, their study, Brain Processing of a Visual Self-Motion Study in Patients With Migraine: An fMRI Study, published in Neurology, found that some of these problems are not just emphasized in those who are suffering from migraine attacks. Rather, they are linked to changes in different parts of the brain, as well.

The neurologist added, by determining and pinpointing such changes, their study could result in a better insight into a migraine, which could, in turn, result in the "development of better treatment.

Participants were presented with first-person perspective videos of a ride on a roller coaster while the brain scans were being run.

The videos were accompanied by audio to make the participants' experience more immersive. Then, they underwent some questioning about their feelings and sensations after they were shown the video.

Study findings showed that such experiences did not bring on any migraine attacks. However, 65 percent of the patients said they experienced motion sickness, compared with 30 percent of the other group. These nauseous feelings lasted longer too, and they were stronger for participants with migraines.

Using the fMRI scans, the study authors found increased activity in five areas of the brain in individuals who had a history of migraine, which includes two brain parts of the occipital gyrus, involved in visual processing.

RELATED ARTICLE: Top 3 Positive Feelings for an Increased Level of Happiness, According to Science