Mosquitoes as Disgusting Insects: 5 Facts That Make Them Undeniably Irritating

More often than not, mosquitoes are invading most of our personal space, making us go at our own flesh and eventually bleed. This is what makes them undeniably disgusting.

Mosquitoes can carry nasty bacteria into our vessels, occasionally leading to severe illness and even death. According to a The Atlantic report, after all, disgust is the emotion researchers saying humans are evoking to fend off tiny and infectious pathogens and parasites alike.

However, this emotion is, in general, associated with vomiting, nausea, suppressing, and other reactions an individual would expect to say.

Such behaviors certainly captivate the manner we are reacting around pathogens. And every time we encounter mosquitoes, we always feel that hope of not getting sick from getting in contact with or touching it.

However, psychologist Tom Kupfer, at Nottingham Trent University in the United Kingdom said, that particular version of disgust, a term which literally means "an aversion to taste", does not actually capture how humans are acting around mosquitoes and the like, ectoparasites latching onto the outside of the human body, and are not really prevented by one's urge to vomit. 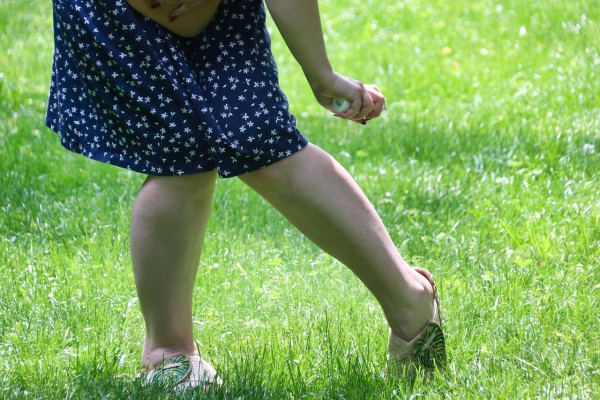 (Photo: Alex Fox on Pixabay)
And every time we encounter mosquitoes, we always feel that hope of not getting sick from getting in contact with or touching it.

According to Smithsonian Magazine, if there is one disadvantage of living in a city erected on a swamp, it's the existence of mosquitoes.

They hover out of people's front door, ready to take a bite from their faces. What's even worse is that these disgusting insects even follow people indoors, where they can bite even more in their sleep.

Aside from the fact that mosquitoes are feasting on humans whenever and wherever they can, here are five of many disgusting facts about these:

Yes, there are thousands of species of mosquitoes, although just a couple hundred of them are feasting on human blood.

2. Female Mosquitoes are the Ones that Bite

So, if a mosquito bit you, that was a female mosquito. According to the Smithsonian Magazine article, male mosquitoes are fine with plants, but the female ones need a blood meal before laying eggs.

Essentially, the saliva of a female mosquito contains an anti-coagulant that allows her to more easily suck up to her meal. That saliva stimulates an allergic response from the immune system of the victim, making the skin itchy.

3. Mosquitoes are Attracted to Carbon Dioxide, Among Others

These disgusting insects are attracted to the carbon dioxide, among others, that's found in the human breath and sweat, and they sense, too, the heat and humidity surrounding the body. Mosquitoes may have a preference for beer drinkers, as well.

According to the Centers for Disease Control and Prevention, in 2019, approximately 229 million malaria cases occurred globally, and more than 400,000 people, mostly children, died in the African region.

5. ITNs are Effective, but Last Only Few Years

ITNs or insecticide-treated nets hanging over a bed are proven effective in reducing the occurrence of malaria, particularly among children and pregnant women, by up to 50 percent. However, these nets last only a few years before they need a replacement.

Related information about mosquitoes is shown on Staffordshire University's YouTube video below:

RELATED TOPIC: Crab Shells: The Best Way To Get Rid Of Malaria Virus