Recognizing Gabon as a global biodiversity and conservation leader, UNESCO has declared the Ivindo National Park as a World Heritage Site.

Together with a number of other locations worldwide, the national park located in east-central Gabon marks the second nature reserve of the central African nation after Lope Park was recognized by UNESCO back in 2007. The second World Heritage Site is seen by environmentalists as a win for the country, whose 90 percent of land area is covered by forests and whose government has actively campaigned to preserve its natural heritage.

UNESCO announced on its Twitter page on Wednesday, July 28. In response, Gabon President Ali Bongo Ondimba tweeted "A great day" in French, adding that the UNESCO World Heritage Site inclusion "rewards Gabon's efforts to protect its forests, which play a key role in the fight against global warming." 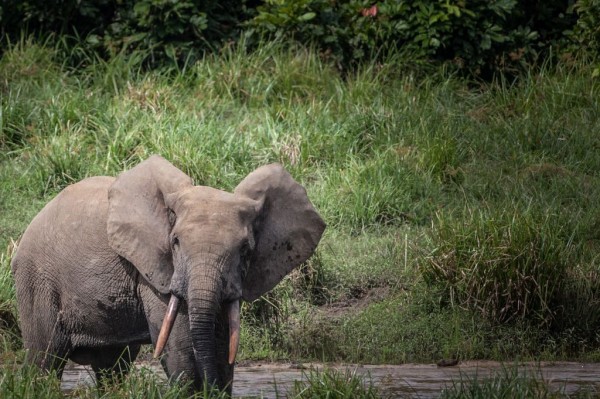 By the end of June 2021, Gabon earned the distinction as the first African country to receive international funding to boost its conservation efforts for its native flora and fauna. According to its page in the UNESCO site, Ivindo National Park is located at the border of Gabon provinces of Ogooué-Ivindo and Ogooué-Lolo provinces, covering 300,000 hectares (740,000 acres) of land that serves as a habitat to a variety of endangered mammals including elephants, gorillas, chimpanzees, leopards, as well as three species pangolin. Additionally, UNESCO itself announced that there are parts of the reserve that remain unexplored.

The government of Gabon has been progressive in preserving the wide swath of pristine forest, having been recognized as the "second lung of the Earth," after the Amazon rainforest. However, the government-led conservation efforts have led to conflicts with the rights of the indigenous peoples living in certain parts of the forests, as detailed in a 2017 report presented at the 28th UN Human Rights Council session.

Gabon has 13 national parks designated and protected by the government, which accounts for about 11 percent of its land area. The central African nation also has 20 marine sanctuaries, that together with the terrestrial assets, protect and conserve about 60 percent of the continent's remaining elephants, which are critically endangered.

The Benefits of Being a World Heritage Site

The Ivindo National Park is designated as a UNESCO Natural Site on the World Heritage List, as opposed to Cultural Sites like the Bologna Porticoes in Italy or The Slate Landscape in the UK. Natural sites are designated to increase awareness of the impact and importance of these regions.

Identifying, cataloging and the preservation of both natural and man-made sites are defined in the Protection of the World Cultural and Natural Heritage, first adopted by UNESCO in 1972.

Sites listed as a World Heritage receive funding to support conservation and restoration activities, courtesy of the specialized World Heritage Fund, and a number of other supplementary funding such as voluntary contributions and funds-in-trust from the UN member-states. Not to mention the prestige and awareness driving local and international tourism, which also generates revenue to the state in charge of the Heritage site.

RELATED ARTICLE: Chilean Chinchorro Mummies Now Protected by the World Heritage List; Who Were They?

Check out more news and information on UNESCO Heritage Site in Science Times.