Babylonian Theorem: How the Ancient City Calculated With Triangles 1000 Years Before Pythagoras

Many of us encountered the famed Greek philosopher, Pythagoras who was well known for his contributions in religion, politics, ethics, metaphysics, and mathematics. The Pythagorean Theorem, the precise calculations using triangles, was just discovered as a tool of ancient Babylonians in dividing up farmland roughly 1,000 years before the Greek philosopher was even born.

What is the Pythagorean Theorem? 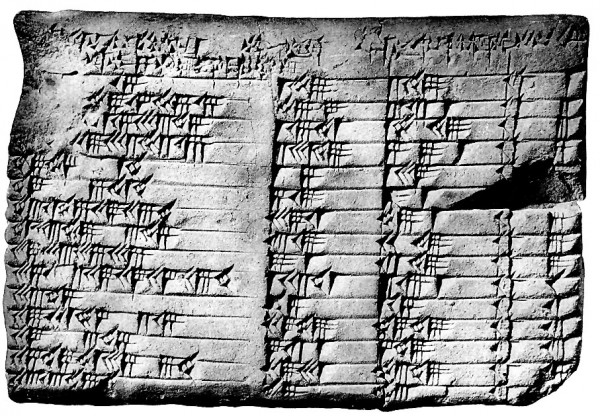 The Pythagorean Theorem, according to the Story of Mathematics, also known as the Pythagoras theorem, is one of the most famous mathematical formulas to exist. It is defined by the directly proportional relationship between the sides of a right triangle.

The theorem is a contribution of the Greek philosopher and mathematician Pythagoras and his many contributions in astronomy, religion, philosophy, music, and many more.

The formula c2 =a2+b2 is the algebraic formula for Pythagoras' famous Theorem.

How Ancient Babylonians Used the Theorem 1,000 Years Before Pythagoras Existed

In 1894, a stone slab dubbed as 'Si.427' was discovered in the central city of Iraq. Once the proud city of Babylon, this relic sat in an Istanbul museum for over a century laying in wait for its wonders to be deciphered. Today, a mathematician from the University of New South Wales, Australia, Dr. Daniel Mansfield, has studied the clay tablet and uncovered its surprising truths.

According to Mansfield, the clay slab Si.427 dates back to 1900-1600 BCE during the Old Babylonian period. Its only known sample of cadastral documents from the said period is used by ancient surveyors to divide farmland and define its boundaries. For the slab, it shows legal and geometric details regarding a field that has been split and some sold-off reports ScienceFocus.

In a study published in the journal Foundations of Science, entitled "Plimpton 322: A Study of Rectangles," shows how the Pythagorean Theorem with the algebraic formula c2 =a2+b2 is used to make accurate rectangles with the Si.427 now being the earliest-known artifact of applying this geometric principle.

Mansfield says that no one was expecting ancient Babylonians to use Pythagorean triples in the way discovered; it is akin to pure mathematics that was, back then, inspired by the practical conundrums experienced by the people.

He adds that the study and analysis of the Si.427 tablet have major implications on the known history of mathematics, especially with proof of ancient Babylonians using the Pythagorean Theorem 1,000 years before Pythagoras was even born.

The discovery also demonstrates how the period saw the beginnings of land privatization. Where people began thinking about their land in terms of wanting to establish a set boundary and have positive neighborly relationships.

However, with the Babylonians using a much more complex set of numbers, contrary to today's number systems of base 10, this meant that only some of Pythagoras' shapes and calculations could be used.