Reining in the world's worst contributors to carbon emissions could create a disproportionately large advantage in the fight against climate change, studies suggest.

A surprising 73% of our carbon emissions from the global electricity generation comes from only 5% of power plants, according to a study led by researchers from the University of Colorado, Boulder.

They surveyed over 29,000 fossil fuel power plants from 221 different countries, then made calculations of the potential reduction in carbon emissions if the 'super-emitters' in the study boost their efficiency, switch to fuel forms that had lower carbon footprints, or adopt better carbon-capture technologies. 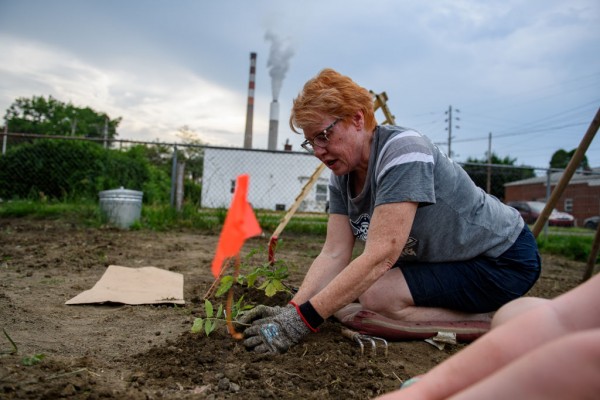 (Photo: Photo by Jeff Swensen/Getty Images)
CHESWICK, PA - JUNE 07: Linda Lucas plants tomatoes in the shadow of GenOns Cheswick Power Station, which still burns coal to produce 637 megawatts of electricity for the region on June 7, 2021, about 15 miles northeast of Pittsburgh in Cheswick, Pennsylvania. Scientists from Scripps Institution of Oceanography and the National Oceanic and Atmospheric Administration reported today that despite a year-long pause in much of the economy due to the Covid-19 pandemic, levels of atmospheric carbon dioxide reached the highest levels since accurate measurements began 63 years ago, according to published reports.

A Significant Reduction in Our Carbon Footprint

In their study, researchers noted that ongoing fossil fuel combustion remains the single largest contributor to sector-level, anthropogenic carbon pollution." Additionally, it recognizes that sector-wide policies remain difficult to implement, with the scientific community recommending the reduction of electricity-based emission of carbon dioxide.

Aside from 73% of the sector's carbon emissions coming from only 5% of the powerplants, researchers also reported that about 17-49% of the carbon dioxide from the sector could be eliminated if these targeted 'super-emitters' increase their efficiency.

Similarly, a report written by Audrey Carleton for Vice revealed that the ten worst offenders in the study were coal-fired power plants still in operation across East Asia, Europe, and India.

"One of the challenges climate activists face is determining who exactly is to blame for the climate crisis," explains Don Grant, an author of the study and a sociologist from UC Boulder, as per the Vice report. "Our study begins to address this problem in identifying super polluters," he added.

Furthermore, these 'super-emitters' share common qualities, such as being coal-powered power plants, generally located in the global north and are generally inefficient when compared to the energy output they have.

Distribution of Carbon Emissions from Electricity Generation Around the World

Aside from the top ten 'super-emitters,' researchers reported that the coal-powered ones, including those clustered in the eastern half of the country, as well as additional sites in Europe and India, as well as East Asia, contributes more to atmospheric warming.

On the other hand, none of these significant contributors are found in South America, Africa, or the Pacific, regions that mostly comprise the "Global South." This is important since the Global South has been generally identified to have suffered more from the consequences of climate change, despite contributing less than its northern counterpart. Areas in the lower half of the world suffer more from increasingly unpredictable weather patterns, increasing temperatures, rising water levels, and more, that amplify socioeconomic effects in these areas, according to a report from Medium.

To start cutting off on carbon emissions, researchers suggest making the shift from coal and oil to natural gas.

Check out more news and information on Coal-Fired Power Plants in Science Times.