A newly-discovered prehistoric species, also known as Attenborough's Beauty, was announced in a recent paper authored through a collaborative effort of prestigious natural history museums. The remains of the species are currently housed in the Prehistoric Journey of the Denver Museum of Nature & Science. The said species, which roamed our planet over 49 million years ago, was recently named after Sir David Attenborough.

Attenborough's Beauty and the Challenging Preservation of Prehistoric Beetle Species 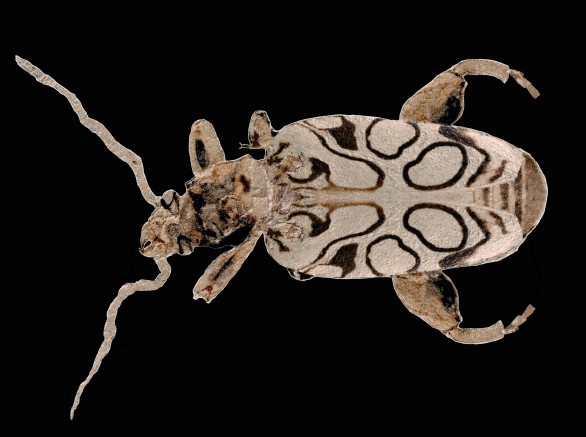 The frog-legged leaf beetle is unearthed at a certain river body in the Garfield County of Colorado and was preserved for the last 49 million years since the Eocene epoch. The beetle has a unique feature with exceptional wing patterns that are recognizably from an ancient time. The species was first discovered by the Denver Museum of Nature & Science entomology expert Frank Krell and Luxembourg's National Museum of Natural History invertebrate zoology expert Francesco Vitali.

The Attenborough's Beauty, also called Pulchritudo attenboroughi, was found by the experts in a perfect condition, preserved with the original properties that will make any viewer's imagination to the prehistoric times. According to a report by Forbes, Krell said that the patterns of the beetle had maintained their clarity and contrast, making it among the best-preserved beetle fossil in history.

Beetles like Attenborough's Beauty have sturdy bodies when they are alive; however, the downside is that their biological composition is not suitable for the fossilization process. Most beetles have bodies that can easily float in water. In some cases, when beetle bodies sink underwater, they are torn into fragments. Frequent beetle excavations have a missing wing. Fortunately, some regions on our planet provide the right conditions in beetle fossil preservation and can even keep an almost complete fossil through millions of years undamaged. These places, also known in the paleontology community as lagerstätten, contain fine-grained sediment formations like the Eocene Green River Formation located in Colorado.

The Attenborough's Beauty was initially labeled in the museum as a longhorn beetle. But throughout the observation, the experts noticed that some of the features of the specimen did not match up. This happened to be the collaboration between Krell and the longhorn beetle specialist Vitali.

Further observation led the team to a conclusion that the longhorn beetle was actually a frog-legged leaf beetle. The challenging investigation wrapped up with the help of a significant clue, which is the beetle's curved hind tibiae. The investigation regarding Attenborough's Beauty was published in the Papers in Paleontology, entitled "Attenborough's beauty: exceptional pattern preservation in a frog‐legged leaf beetle from the Eocene Green River Formation, Colorado (Coleoptera, Chrysomelidae, Sagrinae)."

The frog-legged leaf beetle's scientific name was also the idea of the study authors. Accordion got PhysOrg; the new beetle species did not fit any existing genera, so the experts chose Pulchritudo, or beauty, as its own genus due to the remarkable prints on its body. The species name was inspired by Krell and Vitali's selected person they believe is significant to them and the scientific community: the respected natural historian and environmental broadcaster Sir David Attenborough.