The universe is riddled with secrets. What was the cause of the Big Bang? Is there anything that came before it? What makes the human cell so complicated? What happens to our awareness once we pass away? What happens to the stuff that a black hole absorbs?

Last but not least, many scientists are unsure what dark matter is and how it came to be. Astrophysicists have long been perplexed by the enigmatic type of matter. Dark matter, in other words, is considerably more uncommon than the ordinary matter with which we interact every day, hour, minute, and second. 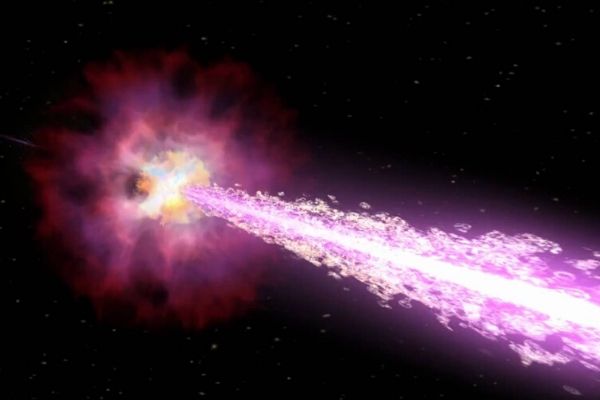 Setting Up Items in the Search for Dark Matter

According to The Daily Guardian, scientists from underground labs in the United States and Italy are constructing rigs to detect subatomic collisions, hopefully showing the presence of dark matter. Subatomic collisions are detected using liquid xenon vats and very sensitive detectors.

University College London physicist professor Chamkaur Ghag said, as quoted by The Saxon, that dark matter accounts for roughly 85% of all mass in the cosmos. Still, despite building more powerful detectors, people have yet to discover them.

Now that detectors are reaching their limitations, people may have to acknowledge that there is something wrong with the way people think about the universe and gravity if dark matter cannot be located in the next few years.

ALSO READ: Biggest Curl of Gas in Space Discovery Baffles Scientists As to What Exactly Is This Structure in the Milky Way

Dark matter is the missing material that produces the additional gravity needed to keep galaxies together. It was first assumed to be made up of stars too tiny or dim to be seen from Earth or other candidates like neutron stars. Newer generations of powerful telescopes, on the other hand, demonstrated that they were not realistic options.

To explain the missing mass of the cosmos, scientists ranged from astronomically huge to highly tiny. They claimed that large quantities of undiscovered particles from unseen halos surrounding galaxies boost their gravitational forces. Weaklings are massive particles that interact weakly, and researchers have discovered them for the past two decades.

These attempts have entailed the construction of detectors deep below, protected from subatomic particles, which are activated by cosmic rays striking Earth's upper atmosphere, causing streams of false-positive signals on their sensors.

Researchers are now placing their faith in two of the most sensitive weakling hunters ever created. XENONnT is a structure erected beneath the Gran Sasso mountains in Italy. The other, Lux-Zeplin, was constructed on the site of a former gold mine in South Dakota. Both devices have been loaded with many tons of xenon, considerably greater than any prior device, which should enhance the likelihood of a wimp striking a core.

However, it is now widely acknowledged that this may not occur and that dark matter may remain mysterious. Mariangela Lisanti, a physicist at Princeton University in New Jersey, recently wrote in the journal Science (via Digismak) that the weakling theory will be put to the test once these next-generation detectors are run.