Usually, exoplanets beyond our solar system are larger than Earth simply because modern technology detects a larger celestial body and its effect on the space around it. In a groundbreaking discovery, a new exoplanet has been found to be only half as massive as our Venus.

The new exoplanet, found orbiting the star L 98-59, is only 35 light-years away from Earth. It is also a part of a not-so-distant system that contains four to five planets that are believed to be similar to the first planets in our solar system. The discovery was made by a team of astronomers using the Very Large Telescope (VLT) at the European Southern Observatory in Chile.

Researchers presented their findings in the report "Warm Terrestrial Planet With Half the Mass of Venus Transiting a Nearby Star," appearing in the upcoming Astronomy Astrophysics issue. 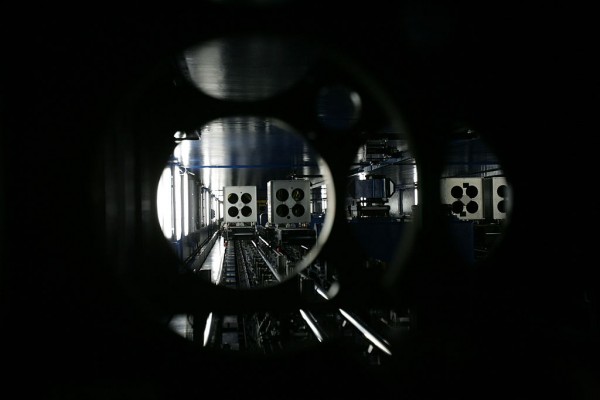 (Photo: MARTIN BERNETTI/AFP via Getty Images)
Picture of the Very Large Telescope Interferometer (VLTI) at the Paranal Observatory - run by the intergovernmental European Southern Observatory (ESO) - in the Atacama Desert, northern Chile, taken on August 22nd, 2006. The ESO astronomical organization has in Paranal the world's largest and most advanced optical telescope: the Very Large Telescope (VLT), which consists, among others, in four 8,2-metre optic telescopes. The VLTI combines the observatory's telescopes, enhancing their power.

A New Solar System, 35 Light-Years Away

The new exoplanet that is half as massive as Venus marks the lightest ever to be observed using a detection technique called the radial-velocity method. According to The Planetary Society, a nonprofit organization that promotes space exploration, the radial-velocity technique detects exoplanets based on their supposed effect on the star it orbits. Technically, a star "wobbles," or moves in a very small orbit in response to the gravitational force enacted by the planet upon it. Viewing them from a distance, as the case with the Very Large Telescope in Chile, would somehow have an effect on the normal color signature of the star.

Aside from its unusually low mass, the discovery also includes an ocean exoplanet and a potential planet existing in the so-called Goldilocks Zone, a potentially habitable planet.

"The planet in the habitable zone may have an atmosphere that could protect and support life," says Maria Rosa Zapatero Osorio, one of the authors of the new study and an astronomer from the Centre of Astrobiology in Madrid, Spain, in a press release from ESO.

The new study presents a number of significant discoveries in the ongoing quest to find exoplanets beyond the solar system: a planet significantly less massive than our own Earth and one that could potentially host life. However, the capacity to identify biosignatures on a distant exoplanet is dependent on our ability to analyze its atmosphere, and existing telescopes are not big nor strong enough to provide the resolution needed to properly investigate small rocky planets like L 98-59.

The new star system, according to ESO, is an "attractive target for future studies concerning exoplanets. It is only 35 light-years away and hosts rocky planets, much like Earth or Venus, which are within the habitable range. This means that they are just at the right distance from their star.

Through the abilities of the ESO VLT, researchers behind the new study gathered sufficient data to infer that three of the exoplanets surrounding L 98-59 could have water either in their atmospheres or within their surfaces. Two of the planets closest to the star, according to the researchers, might be dry but still retain a small amount of water. Additionally, the third planet might be holding as much as 30 percent of its mass in water, which makes it an ocean world.

Additionally, the new ESO study found previously undiscovered exoplanets in the star system. The study is also a technical breakthrough pushing the capabilities of the VLT, allowing researchers to determine that the first planet in the distant solar system has a mass that is half of Venus.

RELATED ARTICLE: 4 of the Weirdest Kinds of Planets Ever Discovered

Check out more news and information on Exoplanets in Science Times.