The JUICE probe, constructed by Airbus Defence & Space, arrived in Toulouse by aircraft on Tuesday for final assembly and testing. In 2022, she will embark on a nine-year trip to Jupiter.

Aviacionline said that the JUICE (JUpiter ICy moons Explorer mission) probe, built by Airbus Defence and Space for the European Space Agency (ESA), is part of the ESA test center in the Netherlands, near Toulouse. It has just arrived at Airbus' satellite integration center in Le Palays. The probe will go through final assembly and testing before being sent to Kourou, French Guiana, for launch on Ariane 5.

Aeroin said that the probe was transported by plane, an Antonov An-124, which arrived in Toulouse on Tuesday, which is unusual for a satellite shipment.

Airbus will now complete the flight configuration, including the integration of the world's biggest satellite solar panels for planetary exploration. Finally, in preparation for the launch, environmental monitoring will continue till next year. 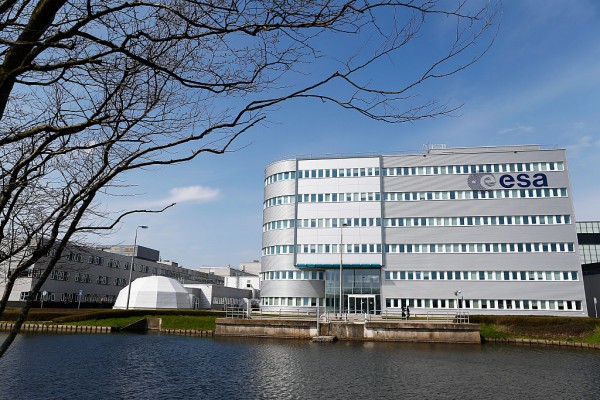 (Photo: Dean Mouhtaropoulos/Getty Images)
NOORDWIJK, NETHERLANDS - APRIL 14: A general view of one of the main buildings containing the Materials and Processes Division / Mechanical Testing Laboratory at the European Space Agency on April 14, 2016, in Noordwijk, Netherlands. Made up of more than 20 dedicated experimental facilities and hundreds of instruments overall, ESAs Materials & Electrical Components Laboratory guarantees an optimal choice of electrical components, materials, and processes for ESA missions and external projects, considering the unique environmental challenges involved in building for space, additionally investigating failures to ensure similar issues do not occur on future missions.

Departure for Jupiter This Year at 600 million kilometers

Webwire said that the spacecraft, which weighs more than six tons, will launch in 2022 on a voyage to Jupiter that will cover over 600 million kilometers and take almost 10 years. JUICE will be equipped with a dozen cutting-edge scientific instruments, including an ice-penetrating radar, cameras, and sensors to track the planet's electric and magnetic fields.

JUICE will collect data throughout its four-year mission to better understand the circumstances that lead to the creation of massive gas planets and the establishment of long-lived homes. It will spend nine months in orbit around Ganymede, the ice moon, studying its nature and development as well as its habitability.

ALSO READ: Jupiter Moon Ganymede Has Water Vapor in Its Atmosphere! Could This Be Common on Icy Bodies in the Solar System?

Space.com said that the European Space Agency (ESA) asked around in 2004 about the future space exploration goals. They published the outcomes as part of the company's Cosmic Vision 2015-2025 ambition.

In 2007, ESA published a request for Cosmic Vision mission proposal, resulting in a Jovian mission dubbed Laplace. Originally, the Japanese Aerospace Exploration Agency and NASA were supposed to be involved. A previous proposal was planned for a project called the EJSM/Laplace, also called Europa Jupiter System Mission-Laplace, to launch in 2020. It would launch two probes to Europa and Ganymede moons, dubbed NASA's Jupiter Europa Orbiter and ESA's Jupiter Ganymede Orbiter.

ESA seemed to have three missions planned with NASA, including EJSM/Laplace, but in 2011, the agency opted to go alone. ESA explained that the National Research Council of the United States has recently released a decadal survey that raised concerns. NASA's mission decisions are frequently influenced by these decadal assessments. According to ESA, none of the three collaborative NASA-ESA missions were identified as a priority in the decadal study.

The three missions competed in an ESA large-class mission selection competition. JUICE was chosen as the first to launch in May 2012. It was scheduled to debut in 2022. Advanced Telescope for High-Energy Astrophysics (Athena) and New Gravitational-wave Observatory (NGO) were the other contenders.