Supernova or Partner Star Effect? White Dwarf With Heavy Metals Blasts Opposite and Out of the Milky Way

LP 40-365 is a white dwarf that was recently discovered back in 2017. Upon locating, astronomers are stunned by the features the white dwarf exhibits. According to observations, the specified white dwarf was found to be racing against the Milky Way galaxy's supposed rotation. 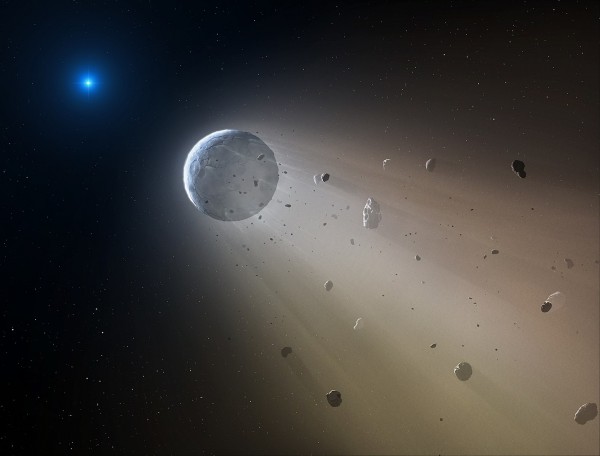 The white dwarf, based on the recent investigation, is traveling against our galaxy's motion at an estimated speed of over 3.2 million kilometers per hour. The recorded speed from the LP 40-365 measures about four times faster than the galactic core rotation exhibited by our sun. According to a report by Live Science, the significant speed expressed by the white dwarf is potentially a key for itself to escape the gravitational pull distributed throughout the galaxy.

LP 40-365 is also comprised of surprising materials that are not frequently identified in white dwarfs. The composition of the fast stellar body is abundant in different materials with an atom larger than helium, also known as heavy metals, including carbon, magnesium, and oxygen. The oxygen and carbon elements are scattered across various cosmic materials yet rare in a white dwarf; the magnesium composition was formed during the ignition of the white dwarf with a capacity comparable to a supernova.

Boston University's astronomy experts have conducted research to define the factors and effects that revolve around the white dwarf's fast displacement out of the Milky Way. Along with the origin of the star, the study also included some estimations to the projection of the LP 40-365. The findings gathered from the white dwarf were published in The Astrophysical Journal Letters, titled "8.9 hr Rotation in the Partly Burnt Runaway Stellar Remnant LP 40-365 (GD 492)."

Supernova, according to the investigation, was the sole culprit behind the propulsion of LP 40-365. It is also known as one of the last phases of a stellar body's changing structure.

Stars are known to have sequences constantly arranged during their life cycle. The stellar bodies meet their end when they are left with no fuel to burn for their nuclear fusion process. When this happens, a lack of outward force manifests on the stars. With the decrease in energy, the stars come to the point where they cannot hold up their own large masses, leading to a self-collapse and resulting in a supernova.

According to a report by Tech Radar, the mass of our sun can be an indicator of how large white dwarfs can produce an impact due to collapse. If the mass of a stellar body is measured to be eight times larger than our sun, it could be greater than a supernova, like a neutron star, or might result in a black hole.

Smaller stars, on the other hand, are rarely exhibitors of these catastrophic sequences. Their collapse just caps to the scale of a supernova. During a supernova, fragments of the star's mass are being shot across all directions of space. All the pieces of materials that originated from the star are potential candidates for forming new cosmic bodies, including new stars and even a whole solar system.

The LP 40-365 is still under investigation, and some of the possible suspects of the star's propulsion are either a partner star or a supernova from a more massive stellar body.