SpaceX's Inspiration4 Mission: How Astronauts Prepare For The Launch Next Month

Inspiration4 will launch next month by SpaceX. It will be the first-ever spacecraft that will carry a team of non-professional astronauts into Earth's orbit at the end of this year.

A four-person voyage on the company's Crew Dragon spaceship was purchased by Jared Isaacman, a 37-year-old millionaire. He co-founded Draken International in 2011 after establishing Shift4 Payments in 1999.

He claims to have flown jets and ex-military aircraft for over 6,000 hours, per Geekwire, although he has never been to space. Neither have the three individuals he intends to sit in the other Dragon seats. 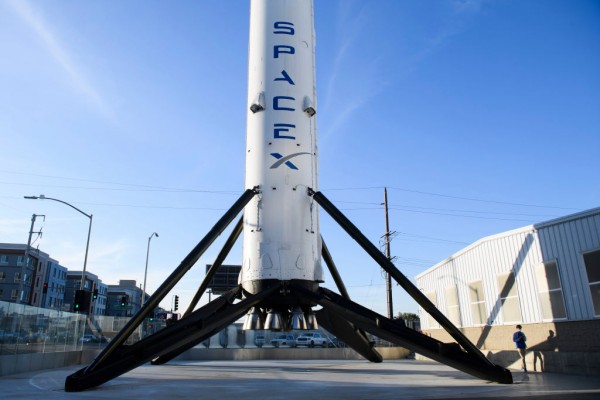 Inspiration4 will be the first mission ever to be flown entirely by a private commercial crew. Space.com said four individuals will become astronauts on September 15 when they board a SpaceX Crew Dragon spaceship and blast off from Earth.

Here's How the Inspiration4 Crew Were Trained to Go to Space

Isaacman uses his journey to space and back to raise money and awareness for St. Jude's Children's Research Hospital. These future astronauts, on the other hand, are impatient.

Times Magazine said the team was pushed into the deep end right away. They first started working at the National Aerospace Training and Research Center in Southampton, Pennsylvania, making centrifuge runs. During those sessions, the SpaceX instructors aimed for as much realism as possible, preparing the noises of liftoff, reentry, and splashdown into the centrifuge chamber and spinning the equipment. They even incorporated the thud and shaking they'll feel as they re-enter the atmosphere and hit the water.

Because the centrifuge can only hold one person at a time, the course of their instruction was influenced by this. They divided those who had finished the race from those who hadn't, Isaacman adds.

The same Times Magazine report said other aspects of the crew's training include 60-hour, week-long sessions at SpaceX's Hawthorne headquarters. They had alternate simulator training and classroom work. A July morning session began with nothing more exciting than learning how to open and close the Dragon's forward hatch while avoiding damage to the rubber seals that round the hatch and keep it sealed from dust or grit, which might result in a fatal pressure leak. When the hatch is open, it must be draped with something akin to a fitted bed sheet-low tech, but with a lofty purpose.

The crew spent the rest of the morning getting to know the cupola. Science Times explained that it's a domed window designed specifically for the Inspiration4 mission. The said part is being retrofitted to the spacecraft's nose to maximize the viewing and photography opportunities the astronauts will have during their three days in orbit. At first, the training appeared to be deceptively simple-learning to do nothing except stare out a window except that this is a three-layer, airtight window that protects the crew from the vacuum of outer space and is capable of structural collapse, at the very least in the case of an anomaly. The crew had to practice closing the hatch between the cockpit and the cupola viewing post in less than 30 seconds. SpaceX tested the cupola at twice the air pressure it would encounter in space, as well as severe temperatures that mimicked the intense heat of Earth's daylight side and the extreme cold soak of Earth's dark side. Nonetheless, the team prepared for failure by practicing.

More of that day's training focused on splashdown and recovery, including how to handle improbable scenarios like the spaceship releasing a link and sinking or poisonous thruster exhaust filling the cockpit. That was all before the lunch break at 1 p.m.

The crew members also train away from SpaceX for 60 hours a week, immersing themselves in hefty briefing manuals and mastering their specific roles aboard the spaceship. As Commander, Isaacman will be in charge of all ground communications and the spacecraft's general functioning. Suppose Isaacman is occupied with an emergency or other unanticipated event, Proctor - as Pilot - will carry out Isaacman's instructions and take over the commander's tasks. As Payload Specialist, Sembroski will be in charge of performing tests as well as the stowage and positioning of critical equipment-no minor task, given how delicately the spacecraft must be balanced, particularly during reentry. Arceneaux will act as Chief Medical Officer, looking after the crew's medical requirements and directing some of the research they'll carry aloft. Isaacman just handed the team a six-page homework project with nearly 2,000 words.