Human cells, including sperms, hold a vital role in the future of an offspring's genetic makeup. These cells are subject to mutation not only in birth but also throughout the entire development of the human body and the phases of life a person will experience, such as the process of aging.

When these cells undergo mutation, different genetic builds inside a human body could potentially change, too. This biological condition is known as mosaicism, where some or most of the cells of an individual have a distinct genetic makeup from each other. 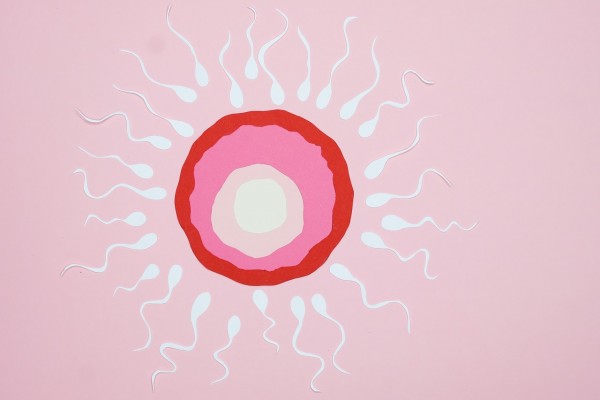 Mosaicism is not tagged as an abnormal medical condition. In fact, mosaicism is present in almost every living human in its own unique, unnoticeable manifestation. Changes during mosaicism frequently occur in specific cells such as human sperms and eggs and impact both the individuals and their children.

Rady Children's Institute of Genomic Medicine and the University of California San Diego School of Medicine conducted collaborative research to develop a novel approach to observe these specific mutations and their categories.

Among their key goals was to use the information gathered from the observations and identify its possible impacts on offspring. The study on sperm mutation influencing children is published in the journal Cell, titled "Developmental and Temporal Characteristics of Clonal Sperm Mosaicism."

Sperms, according to the study, are plausible to contain mutations in 1 out of 15 men. Due to the mutations present in the sperm cells, there is a possibility that the children of the individual that have accumulated the condition could be at high risk of medical disadvantage.

The initial studies of sperm mutations and their corresponding risks to children, including autism spectrum disorder or ASD, heart disease, and birth defects, are found to be more plausible in older men. To prove this hypothesis, researchers of the recent Cell paper conducted a comparison between the sperm of older men to younger subjects.

UC San Diego Health reported that the findings between the sperm cell mutations of older and younger men resulted in a minimal difference. In addition, the mutations are also proven to risk children to diseases. Along with the impacts of sperm cell mutation, the experts were also able to determine the process of age-associated mutation frequently appearing in single sperm cells that are challenging to detect.

Each sample from a single man was observed in a span of 6-12 months, and throughout the examinations, the sperm cells were found to have 30 distinct mutations. The authors noted that these mutations are completely exclusive to the sperm cells and were not found in saliva and blood specimens.

UC San Diego's neuroscience expert and senior author of the study Joseph Gleeson said that the mutations taking place in sperm cells are suspected to be the culprit behind a staggering 15% of congenital heart disease, ASD, and other severe pediatric conditions.

More research will follow the study, as there are still questions hanging regarding the reason sperm mutations frequently arise in older men and other factors that could have the ability to influence these changes.

According to a report by DailyMail, Gleeson said that they are hopeful of developing a way to identify the men at risk of sperm mutations to prevent cases in their children.