Asteroid 3200 Phaethon Has a Comet-Like Tail That Fizzes Near the Sun, Here's Why

3200 Phaethon is a cosmic body that has an unusual structure compared to the typical asteroids. When passing through the hottest region of its orbit, the 3200 Phaethon exhibit a weird reaction.

Comets are known to seemingly dissolve ice when reaching the space that is closer to the sun. As it draws near the big star's vicinity, the comets produce their own trail composed of gas. Asteroids, on the other hand, do not have these features. Asteroids have a blank reaction when put on the same conditions as the comets because they have a different chemical composition. 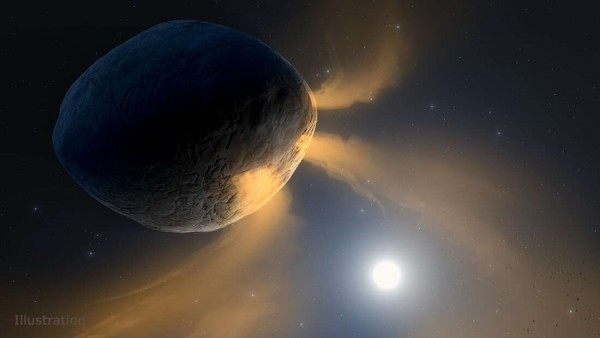 The asteroid 3200 Phaethon, being an asteroid, oddly manifests traits seen from a comet as it comes closer to the sun. in a recent study, the cause behind Phaethon's activity is weird was explained by experts.

Phaethon was already showing the comet-like activity when it was first discovered. The activity usually heightens when it hovers near the hottest regions of its orbit when Phaethon is nearest to the sun. But even though Phaethon can show its tail like any other asteroid, it should have been long gone due to age.

The asteroid 3200 Phaethon's name was inspired by the son of the Greek mythology sun god Helios. Phaethon, on one occasion, attempted to maneuver the sun-bearing chariot of his father and resulted in some damages. Phaethon has an average asteroid size, scaling to 6 kilometers. Its name is being tagged to any asteroid that comes closest to the sun.

Phaethon has the capability to get closer to the sun compared to other steroids, with half of the planet Mercury's distance from the sun. IFL Science reports that when Phaethon reaches its peak distance, the asteroid's temperature rises to 750 degrees Celsius. When Phaethon achieved this heat, consequences occur, such as meteor showers. Among the evident effect of the Phaethon's extremities is the Geminids, a set of meteor showers seen from Earth.

ALSO READ: White Dwarf LP 40-365 Blasts Supernova with Heavy Metals Opposite and Out of the Milky Way

Cometlike Tail of Phaeton Asteroid is Made from Sodium Fizz

Caltech expert and lead author of the study Joseph Masiero said that the asteroid Phaethon is a curious cosmic body that exhibits more activity as it reaches its point nearest to the sun. He added that there is no mistake that Phaethon is an asteroid and also the source of Geminids. The absence of ice and the presence of a gas tail means that the asteroid contains a chemical that is almost present in other asteroids: sodium.

Sodium was determined to be the reason why Phaethon emits a gas tail when on its hottest orbits. The Geminids pretty much gave a hint regarding the matter, as the meteors on the shower collection lack the burning sodium's orange color.

Sodium undergoes heavy transitions when in a vacuum. When matched with a low temperature, sodium turns to its gaseous phase, and any sodium present in the asteroid Phaethon's surface must have been boiled up and disappeared already. The key to why Phaethon still shows its gas tail is because the remaining sodium is locked inside the body of the asteroid. The findings from the asteroid 3200 Phaethon's comet-like tail were published in The Planetary Science Journal, titled "Volatility of Sodium in Carbonaceous Chondrites at Temperatures Consistent with Low-perihelion Asteroids."