An evolutionary theory recently explained important information about the evolution of the COVID-19 Delta variant as the virus is described in a report as a "dramatic demonstration of evolution in action."

According to a report from The Conversation, the theory also predicts what will occur in the future. It also suggests which management tactics are potential to be the most effective.

For example, evolution explains why the Delta variant is transmitting faster than the original strain detected in Wuhan, China.

It explains too, what might be seen with future variants. More so, the theory suggests some steps as well, how to step up public health measures in response to the global health crisis.

The Delta variant, though, is not the end of the story for COVID-19. And that's what the theory explains: how viruses are evolving and the role of vaccines in the virus's evolution.

According to Nature, Delta is at least 40 percent more communicable than the Alpha variant detected in the United Kingdom late last year. 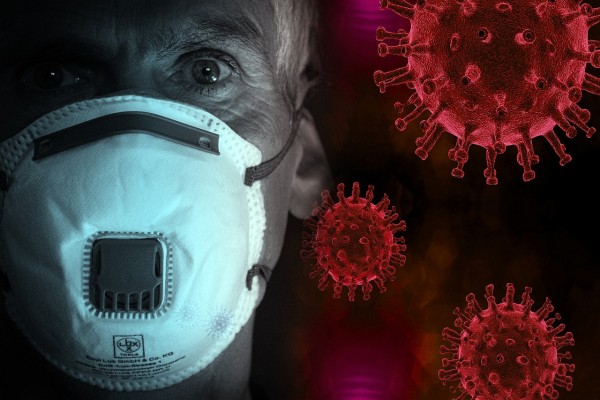 (Photo: ELG21 on Pixabay)
An evolutionary theory explains that the COVID-19 Delta variant is transmitting faster than the original strain detected in Wuhan, China.

Evolution is an outcome of random errors or mutations in the viral genome when it duplicates. A few of these said random mutations would be ideal for the virus, suggesting some advantages.

Replicates of these beneficial genes are more likely to survive into the succeeding generation through natural selection.

New viral variants can be developed through recombination when viruses acquire genes from other viruses or even from their hosts.

There's evidence that the Delta variant comprises a much shorter serial interval if compared with the original strain from Wuhan.

This may be associated with a higher viral load or more duplications of the virus in an individual infected with the Delta variant compared with the earlier variants.

This may then enable Delta to spread sooner following contagion. A higher load of the virus may also make Delta spread more easily in the open air and following a brief contact.

Impact of Vaccines on Evolution of the Virus

It's known that COVID-19 vaccines developed for protection against the original Wuhan strain are effective against the Delta variant, although less effective, as reported by Bloomberg.

This evolutionary theory forecasts that viral strains that can avoid vaccines have an advantage in terms of evolution.

Therefore, it can be expected that an arms race between developers of the vaccine and the virus, with vaccines attempting to play catch up with the evolution of the virus.

COVID-19 vaccines lessen the chance of spreading or transferring the virus to others, although they do not totally block the spread. More so, this evolutionary theory provides a cautionary tale.

There is a trade-off between transmissibility and the manner an ill individual is getting with most disease-causing microorganisms. This is because there is a need for a certain viral load to be able to spread.

If vaccines do not have 100-percent efficacy in blocking transmission, people can then expect a shift in that trade-off towards higher virulence.

Meaning, a side-effect of the virus being able to transfer from vaccinated individuals is, over time, the theory that predicts it will turn out to be more hazardous to the unvaccinated ones.

Related information about the fast transmission of the COVID-19 Delta variant is shown on Wall Street Journal's YouTube video below:

RELATED ARTICLE: COVID-19 Delta Variant: Who is Most at Risk Between Vaccinated and Unvaccinated People?