The heart beats at regular and different rates depending on the needs of the body. According to Heart Foundation, this mechanism is controlled by the electrical conduction system of the heart. However, some people have slow or irregular heartbeats, called arrhythmias, so they use an artificial cardiac pacemaker to help them manage it.

Existing pacemakers use lead to connect to the electronic device and power it. Researchers from the Jiao Tong University of Shanghai, China recently developed a lead-free pacemaker powered by the kinetic energy of the heart. 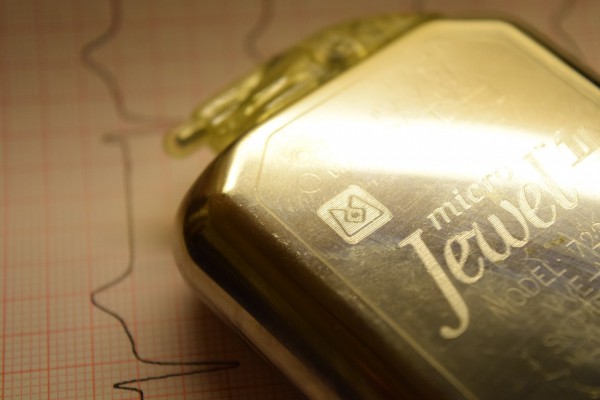 How Do Pacemakers Work?

According to the National Heart, Lung, and Blood Institute, an artificial cardiac pacemaker use low-energy electrical pulses to control the heartbeats. Existing ones use lead that sends electrical pulses. These traditional pacemakers are called transvenous pacemakers, which have three main parts.

Pacemakers can also send data to the patient's doctor remotely, which will be used to set up the pacemaker. The device's pulse generator is placed outside the heart, under the skin, either in the chest or abdomen, and connected to the electrodes via wires inside one of the three heart chambers.

Patients with a pacemaker must strictly follow their doctor's advice and should rest for the next 24 hours after the implantation of the device. They are also advised not to move the arm on the side where the device is placed for the next few days. They need a week before they can lead a normal life.

Recent designs of pacemakers are now wireless, eliminating the lead wires used to transmit electrical pulses to the device. One example is the lead-free pacemaker Yi Zhiran and colleagues from the Jiao Tong University of Shanghai developed, CVBJ.biz reported.

During the AIP Publishing Horizons-Energy Storage and Conversion virtual conference, Yi presented a pacemaker powered by the heart's kinetic energy. He showed that the device can detect when the heart beats irregularly and powers it using the energy coming from the heart itself.

The kinetic energy is collected by bending the pacemaker's enclosed structure, which results in buckled piezoelectric energy. Yi emphasized that the key difference between the lead-free pacemaker with the existing ones is the method of energy supply.

Existing pacemakers are based on the battery, which limits the development of an implantable device. On the other hand, the lead-free pacemaker can work by harvesting energy from the heart and provides it a more sustainable energy source and delivery method.

As of now, the lead-free pacemaker is still at its verification phase, and the team continues to develop it by solving challenges they discover along the way.

They aim to integrate the flexible stimulation circuit and energy harvesting unit for long-term stability before moving to the next phase of the development of the lead-free pacemaker.

RELATED ARTICLE: Electricity From the Body Could Power Pacemakers, Other Medical Implants