Tetrapods are known to evolve along with their cousins from the fish species. Although often overlooked, these limbed vertebrate animals are essential to the animal kingdom's evolutionary tracks. 400 to 360 million years ago, the fish to tetrapod transition occurred. The biological evolution of the animals took place side by side with one of the major shifts of the planet's environmental structure, which made the Middle and Late Devonian period known to be among the most crucial prehistoric periods for the living creatures at that time.

In their time period, Tetrapods also evolved significantly, with their bodies growing limbs which made them able to crawl on land. The transition of tetrapods was among the first known adaptation of vertebrates crawling on land; however, the fascinating first account of species evolution in tetrapods are still surrounded by scientific arguments that were not resolved for many years.

Fish to Tetrapods: Evidence of Quick and Maintained Evolution 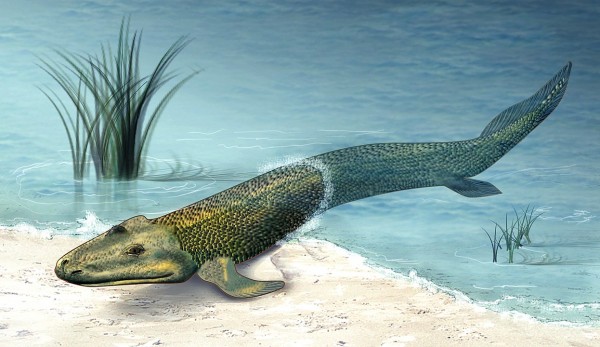 Harvard Univerisity's Department of Organismic and Evolutionary Biology experts Tiago Simões and Stephanie Pierce authored the research by utilizing the best approach possible for evolutionary accuracy. The experts selected the Bayesian evolutionary analysis to estimate the closest time and date of tetrapods anatomical evolution and the rest of the species present at the same period. This approach was developed through inspiration from the viral evolution studies under epidemiology.

Fossil footprints and anatomical fossils were also examined to better guess the tetrapods' specific time and place of origin. Pierce saint in a report by PhysOrg that the tetrapod fossils they uncovered were much younger than the fossil footprints, and this was unusual considering that fossil footprints are always identified after the existence of the body fossils. The time gap is baffling for the experts, so they combined the two prehistoric pieces of evidence to grab the precise timeline of tetrapods' origin and biological evolution. As a result, the tetrapods existed 390 million years ago, which is 15 million years earlier than the first tetrapod body fossil discovered.

According to the study, Tetrapods have relatives that were slow or unable to evolve in a timely manner. Most of the tetrapod relatives have seemingly kept their anatomical structure through age. This meant that the closest fish-tetrapod relatives were the most adaptive among their species as they could transition between land-aquatic environments.

Simões said that some of the first tetrapods could stray away from their original traits and eventually acquired new patterns and other types of adaptive skills. Their evolution was quite fast than the estimated time frame for tetrapods, and in 30 million years, they were able to maintain their life cycle.