The widest coral was recently discovered in Australia's Great Barrier Reef, and it contains various marine species. The massive coral of Orpheus Island is also theorized to be the oldest coral identified yet. 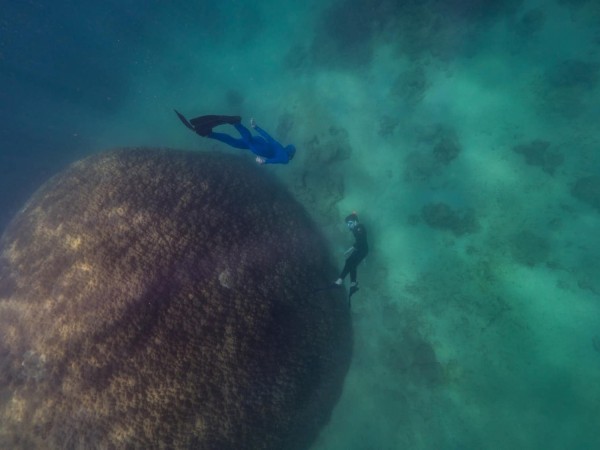 The Great Barrier Reef's largest coral scales up to 5.3 meters tall and over 10.4 meters wide, earning itself the widest single coral ever to exist on the Australian reef.

According to Gizmodo, the said coral was also included in the reef's top 10 tallest coral, securing the 6th spot. Compared to the previously identified widest coral, the new Porites variant spans 8 feet more.

The study of the Great Barrier's largest coral is led by James Cook University expert Adam Smith and was published in the journal Scientific Report, titled "Field Measurements of a Massive Porites Coral at Goolboodi (Orpheus Island), Great Barrier Reef."

The Porites coral was unexpectedly found by recreational snorkelers who went to a spot on Queensland's Palm Island Group, Goolboodi island. The massive coral is located in a protected area far away from harm and danger.

Among the interesting features of the coral is that it houses various marine life, including microorganisms and calcium carbonate.

Manbarra people who are living near the perimeter of the wide coral are among the responsible groups that keep the order intact on the portion of the reef. With that said, the experts concluded that the traditional group should be the inspiration of the new species. The name selected for the Great Barrier Reef's massive coral was 'Muga dhambi,' which translates to 'big coral.'

The team of experts conducted their comprehensive research, not only by the book but also by gathering information from the locals. Smith said that the science behind the newly discovered coral will be best studied along with the literature of the locals. Through this approach, Smith and his team were able to determine the characteristics of the Muga dhambi and its difference compared to other corals.

The Muga dhambi belongs to the genus of corals that have enormous sizes, called Porites. The genus is abundant in a few regions that contain the best marine preservations, including American Samoa, Japan, and Taiwan. Among these countries, American Samoa has been the habitat for the world's most colossal Porites colony. This specific coral colony scales up to 22.4 meters wide and 8 meters tall.

Porites corals are usually comprised of tiny, stony polyps known to be the producer of calcium carbonate. The chemical composition is essential for the reef, as it is the foundation of the corals' growth development.

The Muga dhambi's structure is built by a collection of organisms that can also be found in other parts of the Great Barrier Reef. Muga dhambi is made up of 70% live coral and 30% microorganisms, including a set of assorted algae and sponges.

The Muga dhambi is a living testament that opposes the previously established idea that the Great Barrier Reef is dead. Although most of it was heavily damaged by numerous catastrophic factors, the biggest reef of our planet is still thriving at its best.

More and more marine biology projects are being conducted to save the corals not only on the Great Barrier Reef but also around the globe. One example is the heat-resistant coral technology to prevent the species from being damaged by the excessively high temperatures induced by climate change.

RELATED ARTICLE: Turtles Can Live From the Victorian Era up to Present; Reason Behind the Longevity of Turtles Explained