Solar Flare From Sun Might Be Heading to Earth; Should We Worry?

On Tuesday, a sunspot known as AR2859 exploded in a spectacular display. The sun's activity is part of a multi-day outburst that may send a "coronal mass ejection" near Earth.

As pressure develops around sunspots, a combination of plasma and magnetic field called a coronal mass ejection (CME) is ejected.

As with any type of activity on the sun's surface, astronomers worldwide took note. According to UK experts, it is still too early to determine whether Tuesday's blast will reach Earth.

A CME from an explosion earlier this week, on the other hand, is expected to strike Earth on August 27. When a CME collides with the Earth, it can cause geomagnetic storms. 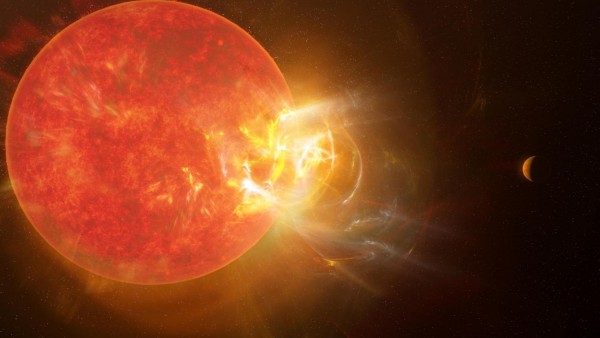 UK experts also mentioned that only the CME heading for Earth is predicted to generate a G1 geomagnetic storm, the lowest gravity of a five-level indication.

Dawn is the most prevalent side effect of CME. Every solar storm bathes the Northern Hemisphere in brilliant light.

Yes, it's depressing, but a G1 geomagnetic storm is very regular, occurring more than 150 times per year. They are, nevertheless, stunning each and every time.

With that, University of Sydney researchers and United States space specialists created a new solar model to forecast space weather. NASA and other space organizations would have more time to prepare for powerful solar storms if their new technology proves to be effective.

According to the study lead author, he cooperated with several specialists from other universities. University of Colorado's Professor Keith Julien and Southwest Research Institute's Dr. Nicholas Feathrestone are among them.

They claimed that the new model could anticipate the sun's fast revolutions. After that, they might predict when major solar storms would occur and how likely they are to impact Earth. NASA and other independent space firms, on the other hand, have yet to utilize the model.