Our sun is known to be the biggest star that is closest to Earth. With a span of over 150 million kilometers away from the planet Earth, it has been consistent with its natural function that includes heat production, light supplication, and photosynthesis, among others.

The sun has been good with its job, bursting vast amounts of energy throughout the galaxy. Most of the explosions we are familiar with are solar flares and coronal mass ejections. Other than those, there are plenty of minor eruptions and energy emissions recorded from the sun a hundred times per year at most.

However, excessive oscillation of the sun is not safe for the collective space weather. According to a report by Tech Explorist, even the normal rate of solar convection and solar storms can disrupt our planet's magnetic shield and compress it to distort signals from our satellites, leading to global communication halt and electrical chaos. 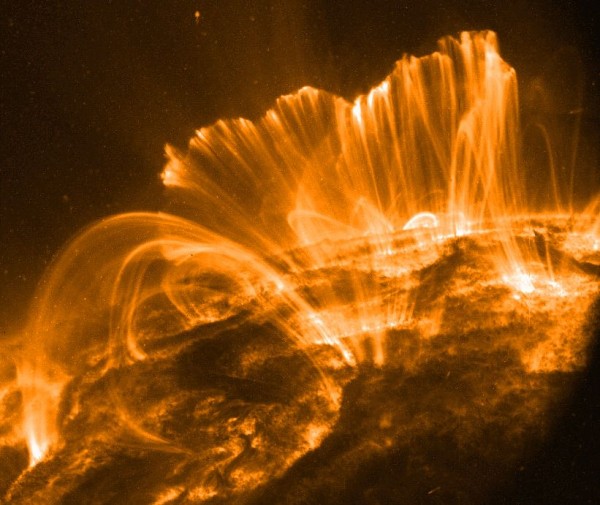 Solar storms, being one of the known activities of the sun, is plenty of mysteries. What is harder for astronomy experts is that solar storms are impossible to predict.

With that said, the University of Sydney experts have attempted to solve the longest conundrum that revolves around the sun. The solution can contribute to our knowledge about the sun's activity and predict space weather. One of the key importance of the study was for us to backup and plan ahead in case a geomagnetic storm caused by the solar convections that will hit our planet. The study on the link between space weather and solar oscillation is published in the journal Proceedings of the National Academy of Sciences of the United States of America, titled "Rotation Suppresses Giant-scale Solar Convection."

The solar magnetic field is essential to generate the dynamo process exhibited by the interior regions of the sun. The dynamo process is also an integral factor that greatly impacts the solar cycle. Like the solar magnetic field, the convection zone of the sun is also needed to predict space weather. This zone, contrary to the dynamo, is located in the regions on the surface of the sun.

The convection zone extends from the inner part to the visible solar surface in a span of 200,000 kilometers and has a contained temperature of about 2 million degrees Celsius. What is amazing about this area is that it is submerged in a hundred-thousand-kilometer deep, boiling ocean composed of plasma fluids, the same fluids that take up 30% of the solar surface.

The current solar theory says that the convection zone is merged with the largest swirls, transitioning itself to giant versions of convection cells. Unfortunately, the convection cells speculated to exist were never observed before and were not confirmed to be analyzed throughout the astronomical studies. This scientific problem is also known as the Convective Conundrum. With the model created from the study, the helioseismology experts are expected to find some appalling results from the beating of our sun in their future observations.