China Wants to Make a Giant Megaship Spacecraft Project Worth $2.3 Million; What is This For?

Crewed space flights need massive engineering feats. Chinese experts are looking at the feasibility of constructing a spacecraft in orbit. The mission is part of the country's plans to increase space research, including crewed assignments with long-term timelines.

According to an early report from the South China Morning Post, the request from China's National Natural Science Foundation called for a study of the mechanics of building a miles-long spacecraft.

To put it another way, China recently announced to the world that it wants to create a spaceship that is miles long.

The endeavor is part of a larger strategic aerospace project, according to the article, that will assure "the future utilization of space resources, study of the secrets of the cosmos, and long-term orbit." According to the foundation's project plan obtained by South China Morning Post, the effort is handled by an organization within the Ministry of Science and Technology. 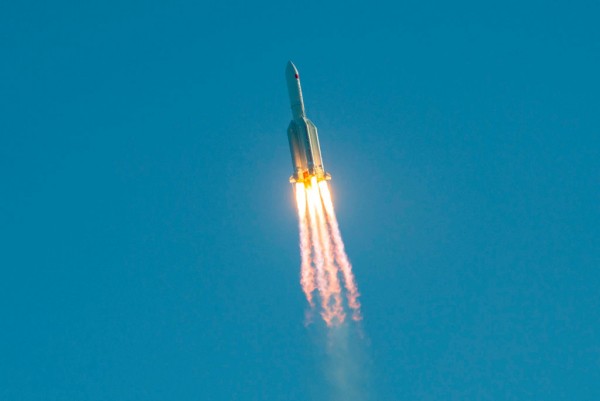 (Photo: STR/AFP via Getty Images)
A Long March 5Brocket lifted off from the Wenchang launch site on China's southern Hainan island on May 5, 2020. - Chinese state media reported the "successful" launch of a new rocket on May 5, a major test of its ambitions to operate a permanent space station and send astronauts to the Moon.

Because the modular spacecraft would weigh too much and be far too big to be launched in a single trip, the sketch implies that it would require several launches as well as space-based construction. As a result, the project's researchers are up against a difficult task. They must lower the weight of the spacecraft to reduce the number of launches required to send its components into orbit and simplify building expenses to suit the country's budget. According to the plan, they must also improve the structures' control capabilities to prevent them from drifting, vibrating, or otherwise twisting out of control during assembly.

China's Ambitions for Space Are Growing

China was the second country to successfully bring a rover on Mars in May. It was just two years after accomplishing it with a separate spacecraft on the moon's far side. In April of this year, China began constructing its Tiangong space station. Three additional modules were set to fly into low-Earth orbit by its Long March 5 heavy rocket.

As of writing, the station's module will become the main living unit for spaceborne astronauts onboard the station. It is expected to be completed next year when it achieves a mass of around 100 metric tons.

The Tiangong station will be about one-fourth the size of the International Space Station when completed. On the other hand, the ISS was built by a 16-nation alliance and is 109 meters (356 feet) long and 75 meters (246 feet) broad. This is nearly the size of a soccer pitch.

Looking ahead, China will undoubtedly play a larger role in space missions. They will make a super heavy-lift rocket engine for the next-generation carrier rocket. According to Ars Technica, Long March 9 is set to launch in 2030. Today, the United States and its partner countries and businesses may continue to dominate space missions. Still, as China's aspirations grow, we may see a dramatic shift in the coming years.