Japan's government recently put a temporary hold order against the rollout of Moderna Inc's COVID-19 vaccine throughout the country. The 1.63 million doses were migrated just a week after underlying contamination in the vials was reported by the pharmaceutical company. 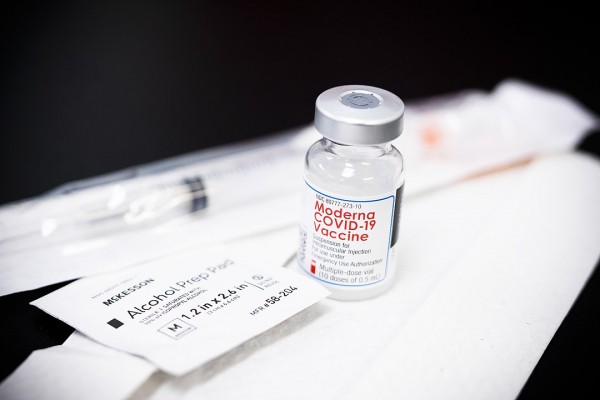 Moderna and Japan came to terms and announced that the efficacy of the COVID-19 vaccines is still maintained and untarnished. The pharmaceutical enterprise and the Japanese government emphasized that the suspension of the Moderna vaccines is for precautionary measures only. However, most of the businesses in Japan have trouble in getting their schedules set up as the rollout was supposed to be a vacation for the mass employees and eventually required the companies to cancel most of the planned itineraries for the vaccination date.

Moderna said that some of the vaccine vials were contaminated with foreign particulate matter. The US-based pharmaceutical enterprise said that they have been already conducting examinations regarding the reported cases. In addition, Moderna said that their partner Takeda Pharmaceutical along with the regulators of the vaccines will soon address the matter. Takeda was the company with which Moderna collaborated in distributing the COVID-19 vaccines throughout Japan.

Japan's health ministry, according to Reuters, said that Takeda was already aware of the Moderna vaccine contamination before the suspension announcement. The ministry said that the Japanese pharmaceutical first reported the contamination back on August 16. There seems to be a delay in the information, but the Takeda company made sure to attend to the cases and precisely identify which batch of the Moderna vaccines are contaminated before confirming the problem to the public.

Moderna said that one of the suspected reasons why the COVID-19 vaccines were contaminated was because of manufacturing concerns back in one of the company's collaborators known as Rovi located in Spain.

Rovi pharmaceuticals were responsible for the last phase of COVID-19 manufacturing. The Spain-based enterprise conducts the filling and packaging of the vials that were scheduled for distribution to numerous regions globally aside from the United States. Rovi said that they were investigating the contamination of foreign materials into the vaccines, and it happened that some of the batches that will be delivered to Japan were identified. Because of the erroneous situation, Rovi's shares recently declined.

The COVID-19 vaccine suspension in Japan heavily impacted the course of Moderna's trade. Recently, some of Moderna's partners in other countries, including South Korea. have their COVID-19 vaccine supply delayed prior to Japan's recent announcement. South Korea imports its vaccines from Japan and the United States, but the shipping of the contaminated batch did not proceed.

Japan's ministry of defense said that most of the suspected vaccines were already rolled out to the regions of Osaka. The COVID-19 vaccines are reported to be over 560,000 and were implemented between August 6 and 20. However, there are no estimates yet as to how many individuals were affected by the shots. The delta variant is currently at large in Japan. The daily average of the country's COVID-19 cases has already reached 25,000 cases.