Cells, especially in our brains, convey and relay messages by sending and receiving electrical signals to one another. A better understanding of this vital brain function hosts a myriad of benefits in both diagnosing and treating neurological issues. The ability to specifically stimulate neurons would allow researchers to advance medical technology.

As of now, state-of-the-art microelectrode arrays allow the stimulation of neurons using high precision technology; however, it lacks the ability to specify cell types and requires invasive implantation, which may result in tissue damage. This is why Tzahi Cohen-Karni, a materials sciences and engineering professor at Carnegie Mellon University, and his team have been researching a new material, MXenes, that would enable remote photostimulation. 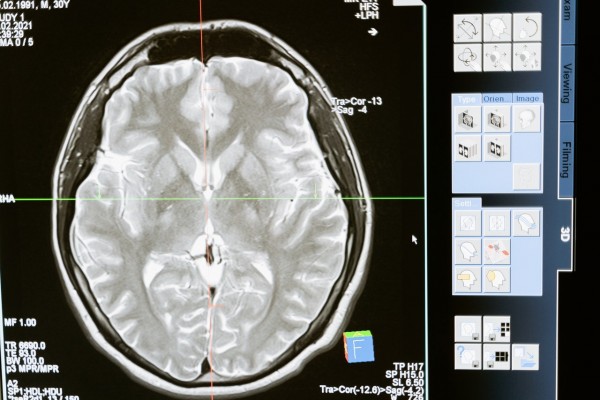 According to Drexel University, MXenes are a new group of two-dimensional transition metal carbides, nitrides, and carbonitrides. Discovered in 2011, this new material can be used for numerous applications, including sodium-ion energy and lithium-ion energy storage systems, electromagnetic interference shielding, water purification, and many more.

MXenes are desirable materials for these functions due to their high effectiveness compared to other synthetic materials, flexibility, easy processing, and high conductivity, and minimal thickness. Additionally, this material also shows promise as an antibacterial agent with higher efficiency than most materials, including graphene oxide.

The brain's neurons have small pores known as ion channels where ions freely move in and out of the cell. In normal conditions, this ion flux across the membrane dictates whether cells send electric signals to their neighboring cell. Recently, researchers have demonstrated that this is plausible by using light pulses to alter the properties of cell membranes and elicit electrical signals that control cellular communication.

In a study published in the journal ACS Publications, titled "Ti3C2Tx MXene Flakes for Optical Control of Neuronal Electrical Activity," Chone-Karni and his team aimed to identify a new material's effectivity in controlling cell activities without causing tissue damage and distress. Focusing on MXenes flakes that have demonstrated extraordinary mechanical properties, excellent electrochemical properties, high electrical conductivity, and are inexpensive to produce, the team tried to stimulate neurons.

Researchers measured MXene's photothermal properties at a single flake level. Dispersing flakes on dorsal root ganglion surfaces and illuminated the flakes with short light pulses. By analyzing the interface between the material and cells, it was clear that the flakes would not be absorbed by the neurons and allow researchers to accurately measure the amount of light needed to create cellular change.

Cohen-Karni explains in an article by PhysOrg that the material the team is using doesn't require high energy pulses for effective photostimulation is what makes MXenes truly unique. The team found that by using short pulses of light on the interface, the electrophysiology of the neurons was successfully altered.

With an increase in understanding on achieving neural stimulation, researchers will be able to more efficiently practice remote photostimulation, advancing the future of neurology. In the distant future, researchers may embed MXenes into engineered tissue and use light to control its neural activity.

RELATED ARTICLE: Histamine Could Be Bridge Between Inflammation and Depression