A new study shows that individuals who take drugs specialized against diabetes have a lesser chance of developing cerebral amyloid angiopathy or CAA, a condition in which amyloid proteins accumulate on the brain walls.

Amyloids have many neurological effects, such as stroke and dementia. In addition, its presence on the brain frequently indicates the existence of Alzheimer's disease. 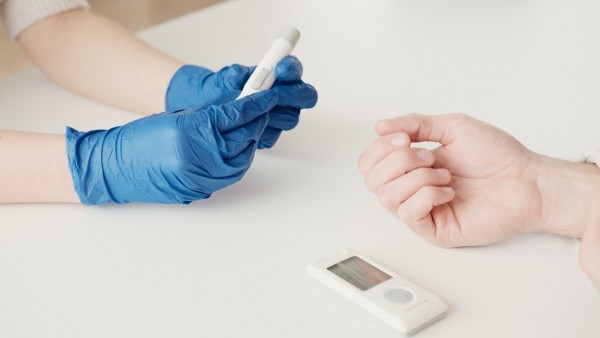 Type 2 diabetes patients that are supplemented with drugs for lower blood sugar have less amyloid in their brains compared to the group who are diagnosed with type 2 diabetes that is not under the low blood drug regimen, as well as the group without diabetes.

Type 2 diabetes patients have their bodies in a challenging state in terms of blood sugar. These patients are having a hard time controlling their blood sugars, as the system that uses insulin for blood sugar management had alreadt come to the point of dysfunction.

Dipeptidyl peptidase-4 inhibitors, or gliptins, are a type of drug that helps type 2 diabetes patients continually control the excessive flow of blood sugar and decrease the risk of escalating the condition to a more complicated type.

Gliptins serve as the last line of defense against type 2 diabetes and are most prescribed when the initial drugs and treatments are not effective. The drug is known to be most effective when mixed with a healthy diet and good exercise.

Gliptins vs. Diabetes and Alzheimer's Disease

Yonsei University's College of Medicine expert and lead author of the study Phil Hyu Lee said in a New Atlas report that normally, people diagnosed with diabetes have a stronger chance of developing Alzheimer's disease. Hyu Lee adds that the possible cause behind the correlation of diabetes and neurological illness is the amyloid-beta build-up in the brain due to high levels of blood sugar.

The dipeptidyl peptidase-4 inhibitors investigation was made possible with the help of 282 individuals who have an average of 76 years of age. These subjects were monitored within six years after being diagnosed with early, pre-clinical, or potential Alzheimer's disease. Seventy people in the group had diabetes and were recorded under dipeptidyl peptidase-4 inhibitors takers.

Hyu Lee said that the study was successful in identifying the link between dipeptidyl peptidase-4 inhibitors in diabetic patients as a key factor in decreasing the amyloid build-up in the brain, as well as the low amyloid rate on the regions of the brain that are usually spots for Alzheimer's disease indicators.

The study was published in the journal Neurology, titled "Association of Dipeptidyl Peptidase-4 Inhibitor Use and Amyloid Burden in Diabetic Patients With AD-Related Cognitive Impairment."

Gliptins, according to the experts, still required further investigation to conclude whether the drug also has neuroprotective benefits for non-diabetic patients.