Galileo was the first spacecraft to pass by an asteroid in the asteroid belt, according to Space.com. After yet another approach of the asteroid Gaspra in 1991, Ida was the second one visited.

Galileo flew by Ida on August 28, 1993, at a speed of over 28,000 mph, passing within 1,500 miles of the asteroid's surface. Galileo spotted a small moon circling Ida during the visit! This was the first verified asteroid satellite.

The moon Dactyl was named by the International Astronomical Union after a group of legendary creatures who resided on Mount Ida, a holy mountain. 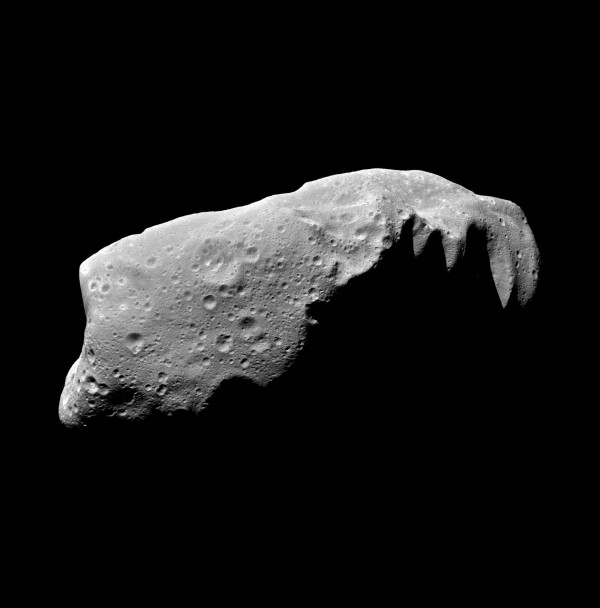 NASA said Ida is a part of the Koronis family of asteroids. It is found in the main belt between Mars and Jupiter. It's riddled with craters and coated in a thick coating of regolith (pulverized rock).

Meanwhile, NASA has released a photo of a bright moon created from the Galileo space probe's 53 photos.

NASA posted a view of the moon in numerous hue variants in what appeared to be an artistic image of the planet's natural satellite. On its journey to Jupiter on December 7, 1992, the probe obtained a sight of it at that moment.

ALSO READ: Galileo and Einstein Are Proven Right by Satellite-Based Experiments Confirming the Tower of Pisa Experiment in the 17th Century

According to NASA, the moon's vibrant colors aren't just for show.

NASA said the experts found this photograph useful in analyzing the terrain of the moon. Its characteristics have been depicted in exquisite detail in the northern hemisphere.

The lunar highlands resemble the "bright pinkish regions" in the Instagram photograph. This includes the Crisium impact basin and the orange and blue colors that represent previous lava flows.

Meanwhile, the light blue-colored area represents the craters that asteroids or meteors have left behind. The blue rays have been linked to the moon's early craters, according to NASA.

News18 said the Galileo space probe might seem familiar to everyone.

The spaceship has already completed one year in flight. It was seen on Jupiter from 1995 until 2003.

The Galileo probe, like other astronomical vehicles, is outfitted with several cameras for monitoring and other equipment. These instruments are used by scientists to help them through their experiments on the huge globe.

The spacecraft will also be useful on its voyage to Europa, Jupiter's smallest Galilean moon. The scientists were able to determine the ice moon's composition. It is made up of more water than the Earth, according to them.

The Galileo probe ran into an unanticipated issue while on its way to Jupiter. Due to the enormous pressure, it slammed into Jupiter's atmosphere.

The scientists chose to utilize Juno to perpetuate Galileo's legacy by resuming their interrupted studies on the big planet.

RELATED ARTICLE: Galileo Project: Will It Search for Evidence of Life From the Technology It Leaves Behind?