COVID-19 a Vascular Disease; New Study Reveals the Virus is Not a Respiratory Illness

New research recently revealed that COVID-19 is not a respiratory illness but rather a vascular disease. This study, led by the University of California-San Diego, could explain blood clots in some patients and other issues, including "COVID feet," which are not commonly experienced symptoms of respiratory disease.

A Times Now report specified, the S protein of the virus, the spike that's forming the crown, is attacking the receptor ACE2, impairing the mitochondria that produce the energy of the cells, therefore impairing the endothelium, which is lining the blood vessel.

Such a finding has already been detected, although what was not known before is the exact mechanism, not to mention the function of the S protein.

This particular protein is duplicated by all of the presently used vaccines, explained the team. For this study, SARS-CoV-2 Spike Protein Impairs Endothelial Function via Downregulation of ACE 2, published in the Circulation Research journal; the team developed a pseudovirus for the research, which had only the S protein although not the rest of the virus, to present in the lab that such a protein is adequate by itself to lead to the disease. 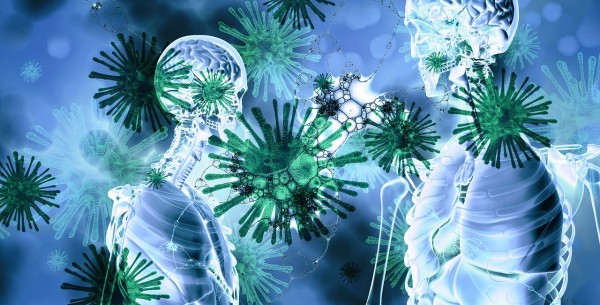 (Photo: Gerd Altmann on Pixabay)
New research recently revealed that COVID-19 is not a respiratory illness but rather a vascular disease.

While the results of the study themselves are not totally a surprise, SciTechDaily earlier reported that the paper offers clear validation, as well as a detailed explanation of the mechanism by which the protein impairs vascular cells for the first time.

There has been a growing agreement that COVID-19 affects the vascular system, although exactly how it did is not understood.

Similarly, scientists investigating other coronavirus have long suspected that the spike protein contributes to the impairment of vascular endothelial cells, although this is the first time such a process has been recorded.

The effects on the respiratory system are a result of the vascular tissue's inflammation in the lungs. According to assistant professor Uri Manor, at the varsity, many people think of it as a respiratory disease, although it is really a vascular illness.

Their findings, added Manor, could explain why some people have problems in other parts of their bodies. The commonality between them is that they all comprise vascular underpinnings.

Head of intensive care at Bellvitge University Hospital in Spain, Professor Rafael Manez Mendiluce, said the vascular issue could be related to the inflammatory reaction of the patient's immune system. Results of the study showed how COVID-19 is attacking the vascular or circulatory system.

What is Vascular Disease?

Medline Plus defines vascular disease as conditions affecting the vascular system, the body's network of blood vessels, including arteries, veins, and capillaries.

Cardiovascular disease is common and can be severe. Some types include blood clots, stroke, and coronary artery disease, among others.

The risk factors for vascular disease may differ according to a specific illness. However, some of the most common risk factors comprise age, especially when one is getting older, health conditions that impact the heart and blood vessels like diabetes or high cholesterol.

The risk factors for vascular diseases can vary, depending on the specific disease. But some of the more common risk factors include; infection or injury that impairs the veins; obesity; pregnancy; lack of exercise; smoking; and standing or sitting still for long periods.

Related information about how COVID-19 is affecting the blood is shown on NHLBI's YouTube video below: