Body Dysmorphic Disorder During Pandemic: Zoom Dysmorphia 'Not Going Away Soon' Even After Lockdown Eases

The pandemic has pushed people into staying in their homes for almost two years now. Since the surge of COVID-19, research says that front-facing cameras have already distorted the self-image of people. A new follow-up study was released suggesting that body dysmorphic disorder in many people during the pandemic would not go away any time soon.

Harvard Medical School expert and author of the study Shadi Kourosh observed a worrying trend throughout the pandemic. According to Wired, the concerns include an unusual increase in the appearance-related medical field, where appointment requests are being booked more often.

Kourosh said that the concerns on the people's physical image have been excessive during the pandemic, as more and more people experience insecurity about how they and others perceive their appearance.

Excessive Video Conferencing During Pandemic Could Lead to Dysmorphia 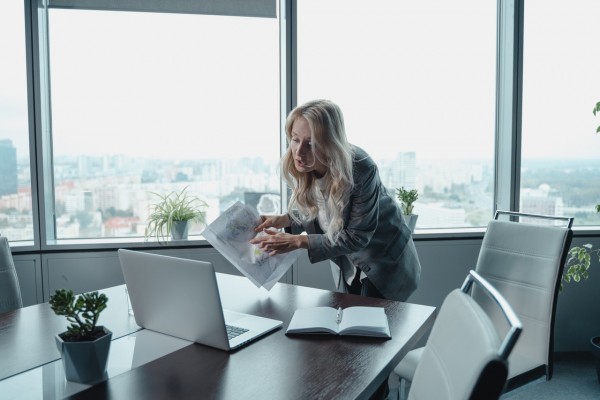 Kourosh also observed that along with the spike in cases in the dermatology field, there were also spikes in appointment requests to other fields related to Kourosh's expertise, including plastic surgery. According to Kourosh and their team, the top reason behind the alarming amount of people booking appointments is video conferencing.

The patients' reasoning is influenced by the loop of Zoom calls and virtual meetings throughout the pandemic. The increase in appointments is enough to prove that staring at the screen every day has brought distress towards the appearance of the patients.

Virtual communications have impacted the mindset of a lot of people who are stuck at home. Because of the constant meetings in front of a camera, people have been more concerned with their appearance. Some are even willing to go through extremities, such as surgeries and other cosmetic interventions to attain their preferred personal looks.

Zoom dysmorphia was the term coined by Kourosh and their team, which defines the expanding effect of video conferencing on people's self-image. The extreme concern about how people perceive themselves is correlated to a frequently overlooked psychological anomaly called body dysmorphic disorder. Body dysmorphia is often experienced by people who spend time and effort with appearance flaws at an abnormal rate.

The Zoom dysmorphia and the mental condition's correlation was observed and examined by Kourosh's team. They published their findings in the journal Facial Plastic Surgery & Aesthetic Medicine, titled "A Pandemic of Dysmorphia: "Zooming" Into the Perception of Our Appearance."

Even if vaccinations have been rolled out globally, the experts said that Zoom dysmorphia will not fade anytime soon. The prediction was formulated through the help of over 7,000 individuals who participated in the survey.

Based on their recent observations, Kourosh's team found that the specified mental impact of the COVID-19 pandemic will still be felt for a long time even after the health protocols, such as lockdowns, ease and vaccination rates succeed in meeting herd immunity.

Zoom dysmorphia, according to Kourosh, can be battled despite its threat towards all of us who experience difficulty during the pandemic. The expert said that the best approach to combat the mental disorder is through dysmorphia awareness.

Based on their observation, people experience the negative impacts of dysmorphia because they often assume they are alone in times of insecurity over their appearance. In most cases, they have been suffering quietly.

The recent study and follow-up to the initial examination was published in the International Journal of Women's Dermatology, titled "Life After Lockdown: Zooming Out on Perceptions in the Post-Videoconferencing Era."