SpaceX's next crewed mission, Inspiration4, to be launched on September 15, will be the first all-civilian mission to orbit. It will be a mission like no other, testing the ambitious futuristic goal of sending civilians to space in the next few years.

In 2011, Jared Isaacman had a near-death experience flying 10,000 feet over the desert southwest of Las Vegas. A decade after, Isaacman is ready to become one of the four civilians aboard SpaceX's first all-civilian mission to orbit.

According to Time magazine, the 38-year-old billionaire, CEO of Shift4 Payments, and founder of Draken International, and three others will be aboard the SpaceX Crew Dragon spacecraft atop the Falcon 9 rocket to try something daring. This mission will democratize the space industry in a way that was never before possible. 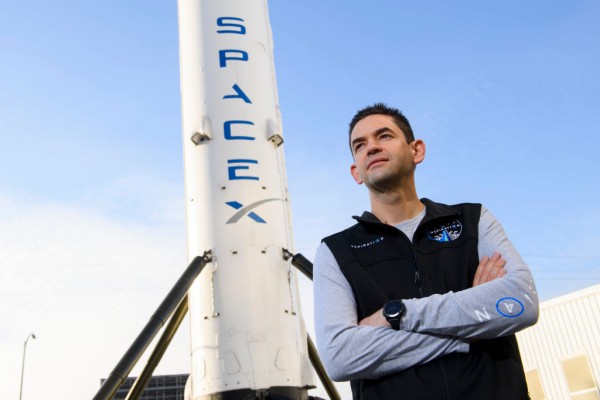 Inspiration4 would be the first all-civilian flight to orbit, and it will be headed by Jared Isaacman, a seasoned pilot and adventurer. The mission's website says that the crew will leave Earth from the historic Launch Complex 39A in Kennedy Space Center. It is where the Apollo and Space Shuttle missions were launched in the past.

The crew will travel across the low Earth orbit during its three-day mission that will continually eclipse more than 90% of the world's population. The mission aims to raise awareness and funds for St. Jude Children's Research Hospital in a milestone representing the new era of spaceflight and exploration.

The crew will be riding on the Dragon spacecraft capable of carrying up to seven passengers to and from orbit. It will be atop the Falcon 9 rocket, the first orbital class rocket capable of reflight. Its reusability allows SpaceX to fly the rocket's most expensive part and refly it to bring down the cost of spaceflight.

What Inspiration4 Mission Will Be

In recent months, billionaires have traveled to suborbital space or sent space tourists to the International Space Station with professional astronauts. According to Yahoo! News, the Inspiration4 mission will be the first time that the crew is consists of all amateur astronauts.

The four people in the mission are Jared Isaacman, Sian Proctor, Chris Sembroski, and Hayley Arceneaux. The crew will travel the Earth's orbit for three days and will fly higher than the Hubble Space Telescope and ISS before coming to a splashdown off the coast of Florida.

The crew will also perform science experiments while onboard as they watch the Earth from orbit. Mission controllers from the ground will monitor the spacecraft.

SpaceX aims to make space travel similar to air travel one day, so anyone who wants to go to space can do so. However, before that, tests and training are needed.

The crew members trained in different parts of the country to get ready for the launch. They got a crash course in astronaut training, spent time in simulators, studied, and took quizzes from SpaceX.

Their training has been a test of how much pre-flight instructions an ordinary human quickly processes before embarking on a journey to space.

Check out more news and information on SpaceX and Inspiration4 in Science Times.