A disinfectant developed with nanotechnology was recently discovered by experts from the University of Central Florida. The new disinfectant was innovated with particles that have the capability to get rid of viruses throughout a surface consecutively for 7 days. This technology is considered to be among the most effective form of sanitizer against pathogenic viruses including COVID-19. 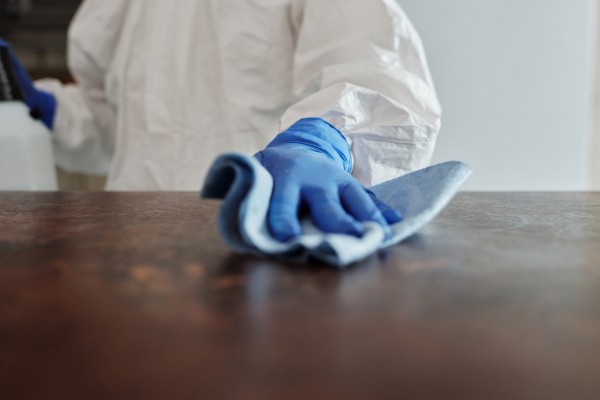 The nanoparticle-based disinfectant was examined and developed by the collaborative efforts of the University of Central Florida's Department of Materials Science & Engineering, College of Medicine, and the private company Kismet Technologies. The university's former student and Kismet Technologies expert Christina Drake was pushed to develop the disinfectant after being inspired by a grocery store they visited back in the first surge of the pandemic. In the grocery, Drake found that a worker was cleaning the surface of the disinfectant container itself after cleaning the handle of a refrigerator.

Drake's initial aim was to create a disinfectant that could activate faster than the normal variants, but it changed when they were provided insights from the medical community. According to PhysOrg, what mattered to the consumers was a disinfectant with long-lasting properties that could be an advantage over 'high-touch' areas and objects such as floors and door handles.

The disinfectant goals were pursued by Drake with the help of the University of Central Florida's nanoscience expert Sudipta Seal, and Burnett School of Biomedical Sciences director Griff Parks. The research on the nanoparticle-engineered disinfectant was funded by Kismet Technologies, Florida High Tech Corridor, and the National Science Foundation.

The new and effective disinfectant was developed using a metallic element under the rare-earth group called cerium oxide. This compound is usually a subject for nanoparticle fusion, giving it a more suitable and effective function towards chemical or mechanical treatment. Among the uses it can be applied are through disinfecting purposes due to its antiviral composition.

Nanoparticle-engineered cerium oxide, according to Seal, is an effective oxidizer of the virus as it can emit electrons that allows the pathogens to be inactive. In addition, the nanoparticles have the ability to attach to the virus itself, making their effects muted and dissolve the surface.

The traditional disinfectants available on the market are indeed potent, but once applied, they can only last for 3 to 6 minutes and just evaporates with no after-effects. Due to this flaw, disinfectants should be applied repeatedly on a surface in order to fully protect the area for a longer period of time. Compared to the usual disinfectant solutions, the new nanoparticle technology can maintain its efficacy continuously for 7 days after application, protecting a surface area from pathogens like the transmissible COVID-19.

The disinfectant developed was proven to work against seven various types of viruses, including the rhinovirus and the coronavirus. The examination that experts conducted shows that even if the list of the virus have dangerous complexities and structures, the nano-engineered solution exhibits high rates of killing capacity that can be used in the future of disinfectants and against the impending threat of emerging virus variants. The study was published in the journal ACS Nano, titled ".Metal-Mediated Nanoscale Cerium Oxide Inactivates Human Coronavirus and Rhinovirus by Surface Disruption"